My Kind of Hardware Store 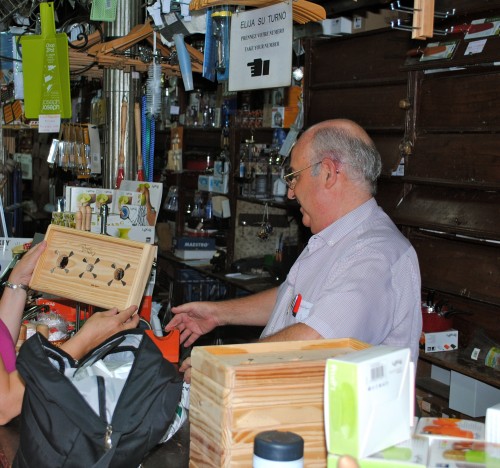 I was whining all week until we found our way back to this store.

(More from our trip to Spain.)

I think it was when we were taking our cab ride from he$$ that I saw this little store. First, the cab ride was something like out of the movies. We had taken a plane from Barcelona to Sevilla and upon arriving there we had to catch the last bus out for the day and believe me it was the last bus because by the time we reach the end of the line the driver yelled “get off”. From there we had to get 4 cabs for the twelve of us. None of the cab drivers knew where they were going because this little hotel “Amadeus” was in this very narrow alley tucked in the middle of the city. Amadeus was a wonderful little hotel that was within walking distance of everything.

The little streets were so narrow around the hotel that if a car came you had to jump on this little curb (not sidewalk), pull your stomach in, not breathe, and just say a little prayer that the side mirrors did not knock you off on your butt. We had some close calls but really got use to the sound of a scooter or car coming so we knew to jump out of the way.

Back to the hardware store. On taking the cab ride into Seville I remember seeing a store with paella pans in the window. Now, I have a paella pan but I wanted some miniature ones to use to serve tapas in. So, for the four days we were in Seville, we searched and searched for this little place until the last day we happened up on it, BUT it was 2:00 and they were closed for siesta. Seems like all the stores close between 2-5 or 6:00 for siesta. Guess it is just too hot for people to shop so everyone goes home. We took that as an opportunity to walk back to the hotel, shower, nap a little and then head back out to make my purchases.

I loved this little store. It was half hardware store and half cookware store.  I found small paella pans from 4″ up to very large ones. So I bought 4 of the 4″ and 4 of the 6″ and they are the cutest little dishes. When we were paying for our purchases we noticed this wooden thing with 3 holes cut in it. Of course, we didn’t speak Spanish and no one spoke English. We guessed cigar cutter. Not close. The owner of the store found a young guy who spoke English and he stood there and told him what the thing was used for and then this nice young guy proceeded to tell us that this was an olive pitter. Now the biggest hole was the size of a golf ball and he assured us that there were indeed olives that big. I love finding unusual things in places we visit.  I bought a little container (see pic) that you use to drizzle sauces. I haven’t seen anythingt like this in the US and I knew my son and I both needed one of these. Now, what would you have guessed that wooden box was used for. This little box also works on pitting cherries. I was so packed with gifts by the time we came back that my carry on duffel bag with wheels became my gift bag.  A wonderful trip with wonderful memories of places, sites and new friends. I ended up with almost 2500 pictures on my camera. Slowly we are weeding through them trying to get them into a manageable file that won’t bore friends who want to view them. This is the little decorator bottle that I bought in this hardware store. It is going to be so cool to use to decorate plates and use for drizzling different sauces. 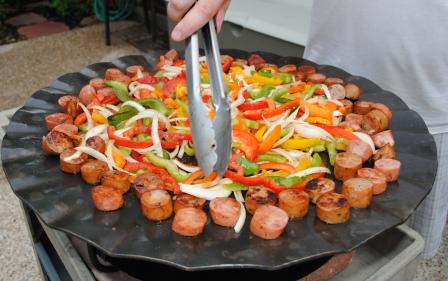 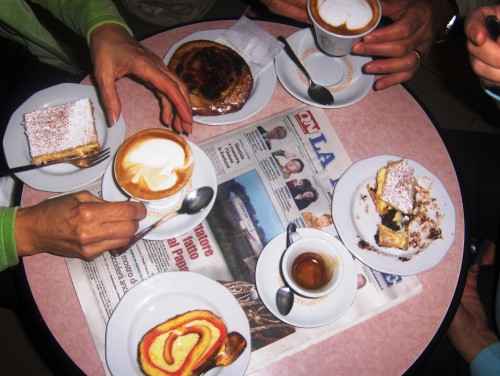 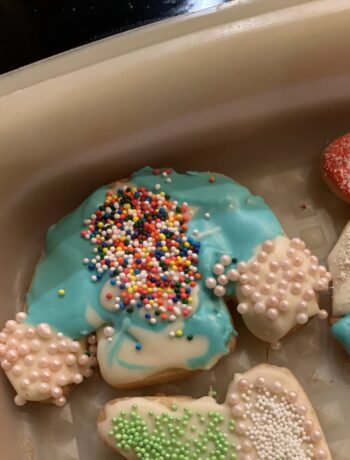