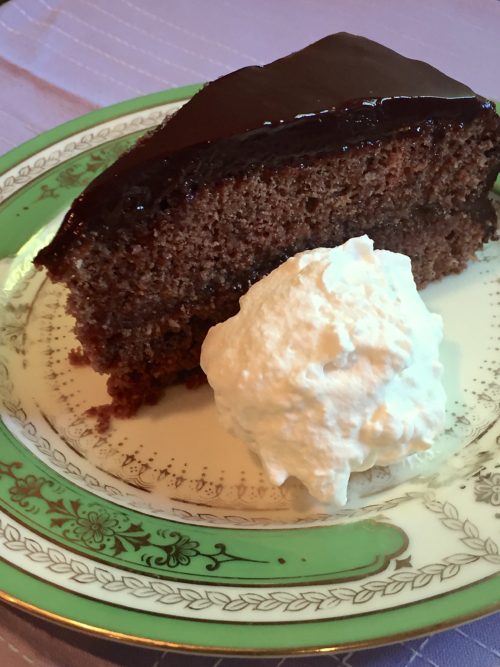 I didn’t have to go to Vienna to try this cake.

These are the post cards I got from my friend, so I just had to try the cake.

I have a friend, Janet who just spent ten days in Austria with her granddaughter, Sarah, who is in school there for the year studying engineering. I loved getting emails and text from her with their iternary and what they were eating every day.

So on to one of her desserts of the day. I’ve heard of sacher torte for years but never made it. But after getting a post card from Janet with this dessert and the picture of her and her granddaughter Sara eating it. I knew I had to make it and what better reason than another dessert to take to a bunch of ladies who love to try the things I make — good or bad. Usually I don’t take the “flops”, they go in the trash.

You may think it’s just another chocolate cake but this cake dates bake to the 1800’s and the story behind the invention of the cake is interesting; read here for more on this delicious Torte

My disappoint in the finished product was that it’s a dense cake. I used one of Lidia C recipes and wasn’t satisfied with the way she did her ganache. Normally ganache is just cream and chocolate; she added white Karo syrup to the ganache and she also used some almond flour with her cake. I will definitely make this again but will try a different recipe.

BLAST FROM THE PAST: Looking for a new side dish for summer cookouts? Try my Cuban Style Brown Rice and Black Beans. Beat the butter and sugar then add in the yolks one at a time and after mixing, stir in the melted chocolate. Beat in 1/4 of the egg whites then hand fold in the remainder of beaten whites. I use these baking strips. You wet them and fasten around pan with a “t” pin. These strips keep the tops of the cake layers flat and not domed. Divide the batter between the two greased and floured pans and spread to edges of pans. Put the first layer down and spread about 1/2 cup of the apricot preserves over the later. Then add the top layer and brush with some of the apricot mixture. Make the ganache and spoon over the cake to smooth top and sides. This is my post card rack where I have put hundreds of cards from friends and postcards I even send to myself. My little “bird girl” I have this statue in my garden and also a smaller one on my mantle. I did send this one to myself after a girl’s trip to Savannah last year. 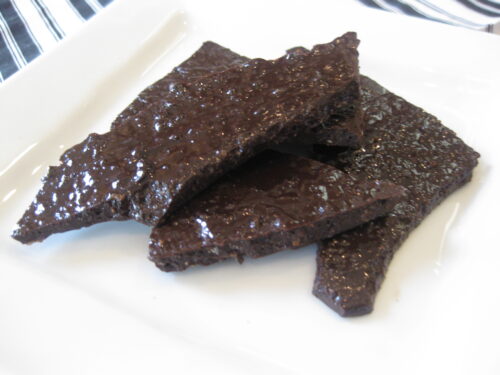 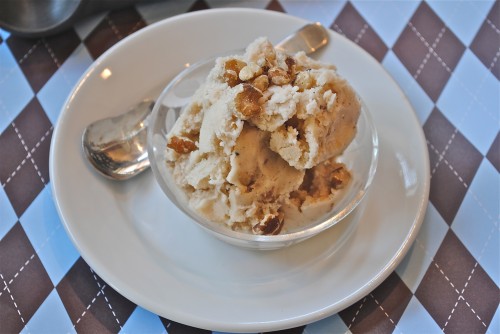 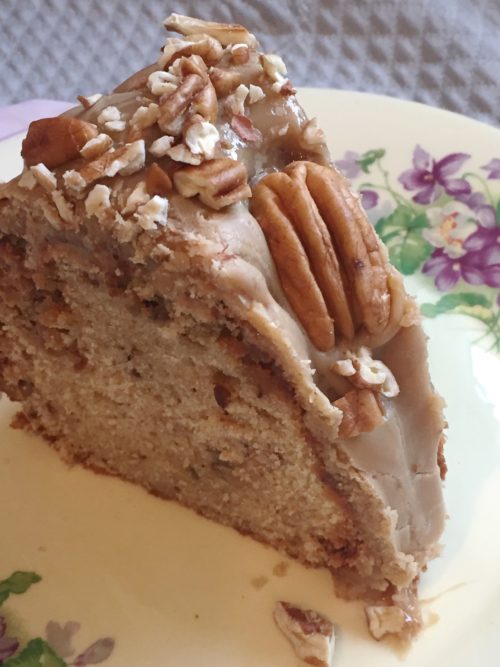