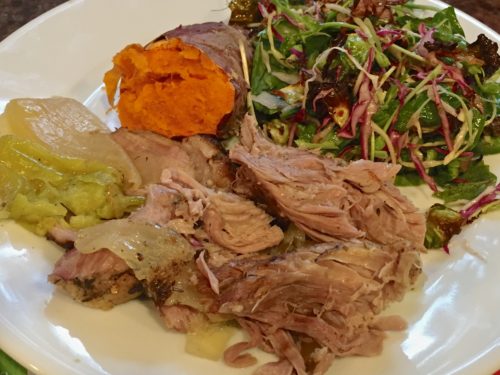 So, even though your name probably isn’t Peter and you haven’t just picked a peck of pickled peppers you don’t know what to do with, keep reading below and I will tell you what to do with the ones you will buy from the market.

I’m sure everyone has had pulled pork. We grew up eating pulled pork bar-b-q and when we first moved to Texas we never saw it on menus — mostly brisket and sausages. Now we see pull pork everywhere.

Have you ever had pepperoncini pork roast? So juicy and tender after cooking for 5-6 hours (oven or slow cooker) it falls apart just looking at it and then whether you put it on top of some homemade mashed potatoes or put it into a flour tortilla shell for a “peppered pork taco” or just eat it as is, you will get the peppery (not too hot) taste of the wrinkled little peppers along with the spices and onions that have almost cooked away to nothing.

I first saw this recipe of Haylie Pomroy (Fast Metabolism Diet) and knew exactly how I wanted to do it. If you want a lot of flavor and a lot of juice, don’t use a pork loin roast. Period. No pork loin, never in my opinion. I use to buy pork loin to cut in pork chops and finally realized that all though there’s no fat/bone, there’s also no flavor. So if I want a pork chop, I’m paying “extra” to get that bone. Just kidding, usually boneless is more expensive but you lose so much in flavor if you aren’t cooking meat on the bone.

Now for some ideas of what to do with that pulled pork roast (you may want to make an extra one just to try some of these.) How about nachos (yum), or lettuce cups with the pork and some creme fraiche, of taquitos, or a good crispy quesadilla with pepper jack cheese, French bread pizza, or hash browns topped with the meat and some avocado and red onions. Maybe a good homemade mac and cheese with a heaping helping of pulled pork and why not top with some healthy avocado. This idea you just have to take a look at — Pulled Pork Stuffed Biscuits would make a great appetizer for a party — hearty but mouth watering, can’t put it down good. Why not try my Thai Sweet Chili Sauce recipe I just posted last week; it would be great drizzled over the shredded pork in a tortilla.

BLAST FROM THE PAST: I had almost forgotten about my Mexican Corn Bread until I ran across the recipe the other day on this blog. It is great just as a quick main dish topped with some avocado, sour cream and salsa. It freezes beautifully for a quick snack, lunch or dinner. Season the pork butt/shoulder with the spices. Add a couple of tablespoons of oil to the hot pan and when oil is shimmering add the pork and brown for 2-3 minutes on each side. Put the browned roast in a large (mine wasn’t large enough if I had added potatoes and carrots) baking dish (or slow cooker). Surround the roast with onions, peppers and pepper juice. Bake. I served mine with sweet potatoes and my Brussels Sprout Salad. 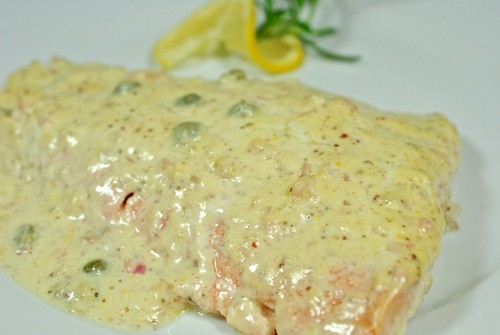 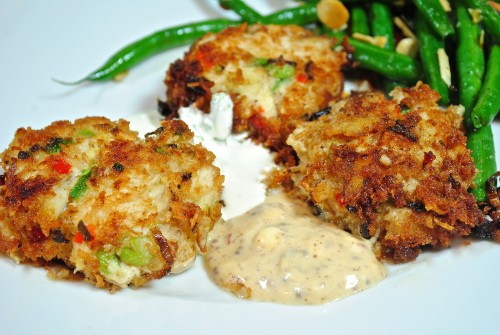 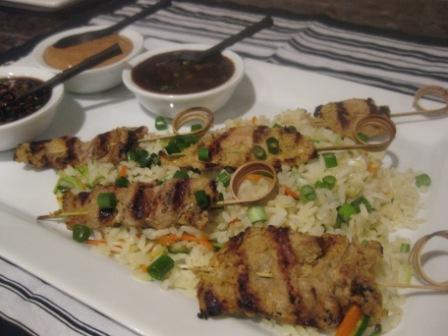