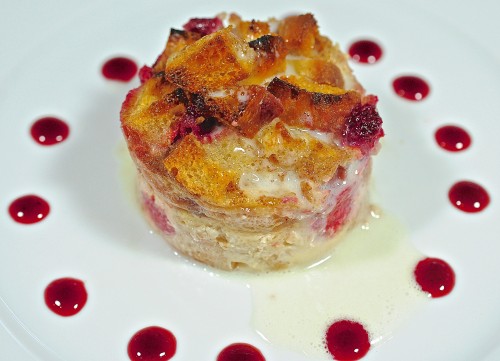 Any bread pudding lovers out there?

What better way to start Fall than with something to warm your tummy while you are sitting and watching what’s going on outside? Are you still having warm days as we are here in Texas or are you having some chill in the air and wanting a comforting dessert for the weekend. If you are having one of those days that you can’t get out of the house and you just happen to have some raspberries in the freezer (I have a freezer full) and some bread you threw in there for a rainy day, then you can whip up this dessert for supper.

Do you say supper? or dinner?. This dessert screams supper because I picture a dinner being something I have slaved over all day and supper is something I just throw together for the two of us. Unless of course it is our Sunday Night Suppers we do occasionally then I do like to go out of my comfort zone sometimes doing the menu of a couple of new things. This recipes falls into the supper (easy) category.

I have to honestly say I have never been a bread pudding lover until I made my Pumpkin Bread Pudding with Caramel Sauce a few years ago and when I did it for a party, everyone loved it. So I’m venturing out again to try this Ciabatta Bread Pudding that I have added raspberries to; I think the raspberries will add some tartness to the dessert to balance the sweetness.

I saw this recipe on the Alluvian Hotel (Mockingbird Bakery) in Greenwood, Mississippi website. They make a ciabatta bread pudding and top with either ice cream or caramel sauce. I decided to turn it into a raspberry bread pudding. I didn’t added any whipped cream to the finished dessert but it would  be great with a few fresh raspberries as a garnish.

BLAST FROM THE PAST: Here’s another bread pudding and this is the recipe I mentioned above — Pumpkin Bread Pudding with Caramel Sauce. All the ingredients except the raspberries for this yummy dessert. Mix the sugars, cinnamon and nutmeg, divide in half. Beat in the six eggs into half of the sugar mixture. Cube your ciabatta bread into 1″ squares.  The recipe calls for 8 ounces of ciabatta and that’s a small loaf. Heat the Half & Half, milk and butter in a saucepan.  Add in half of the sugar mixture and bring to a low boil. Turn off heat. Gently add the raspberries to the bread cubes being careful not to break up the fruit. Slowly whisk in the hot milk into the egg mixture  being careful not to curdle eggs. Pour the mixture over the bread and raspberries making sure all the cubes get soaked in the liquid. I baked a couple of bread puddings in these cute little ramekins that a friend gave me. After baking, they released very nicely from their containers. Not as pretty as the individual ones but just as delicious. 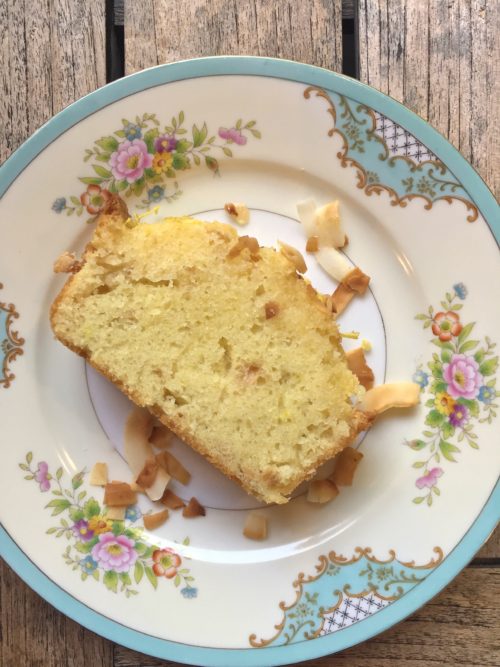 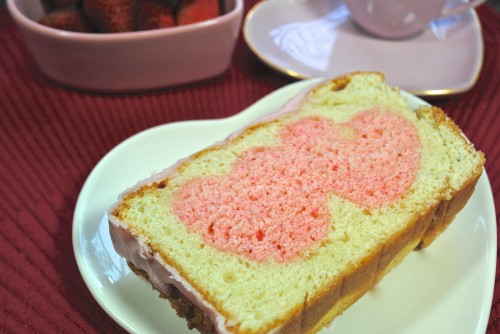 Be My Valentine Pound Cake 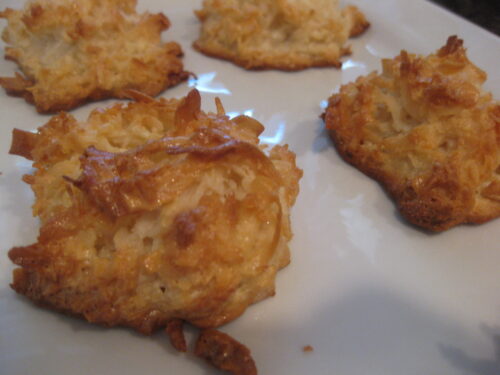