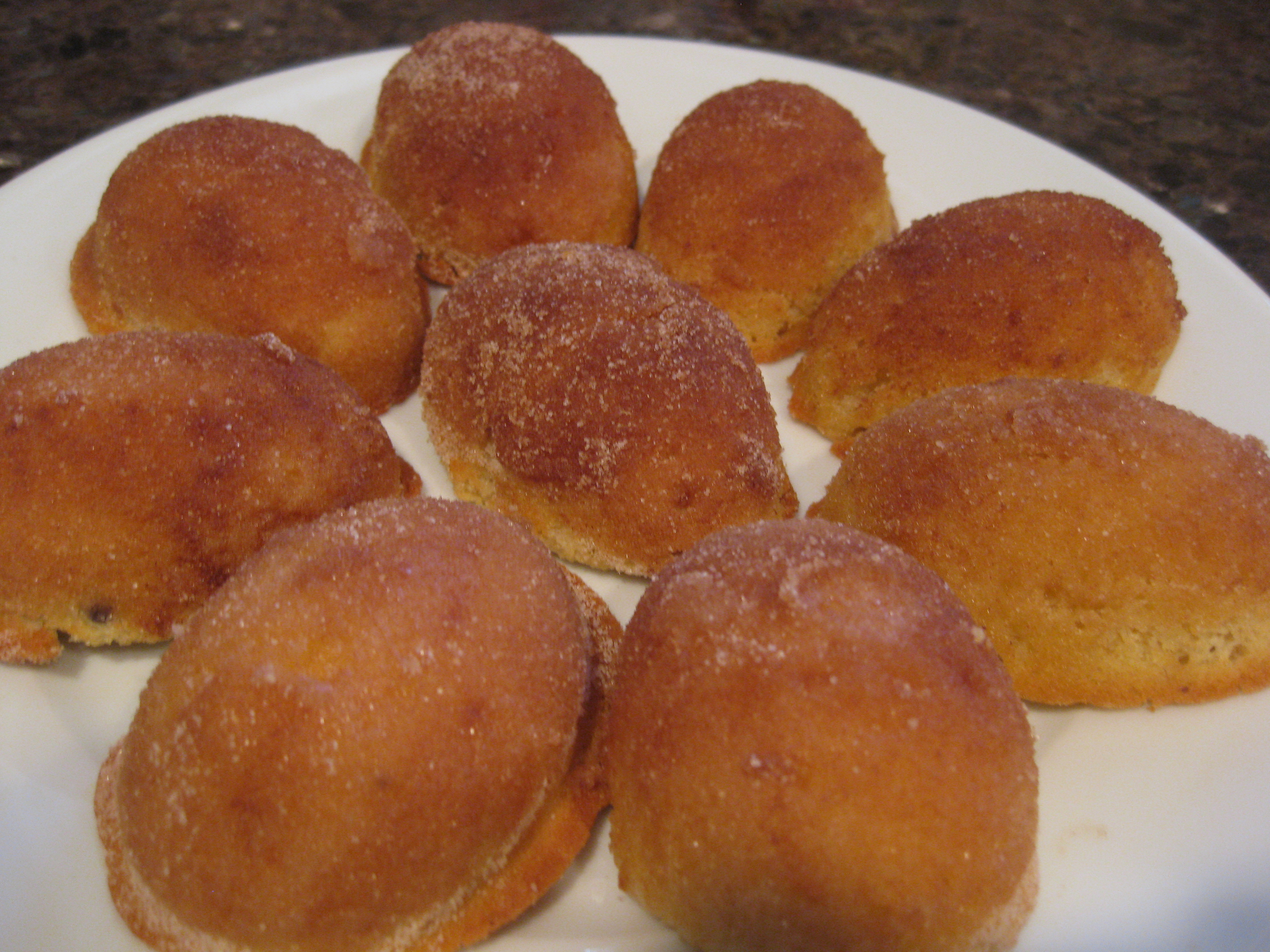 No this isn’t the golden egg that Jack found when he went up the beanstalk. But, these are the most delicious cinnamon muffins you will ever eat.

A month or so ago we were in Austin visiting our kids. My daughter-in-law and their baby Milo and I went to Sandra Bullock’s new restaurant called, Walton’s Fancy and Staple. It’s a gourmet delicatessen/bakery and cafe offering everything from one-stop floral services, catering, and delicious cuisine2go.

I made this recipe twice over Thanksgiving weekend. They are the best fresh out of the oven, dipped in warm butter and then cinnamon sugar. I just happen to have a Wilton’s Egg muffin pan that I had bought years ago for Easter egg cakes. If you don’t have this pan, either line muffin pans with muffin papers (then you only dip tops) or spray non-stick pans with cooking spray and then you can dunk tops and bottoms in the butter/sugar mixture.