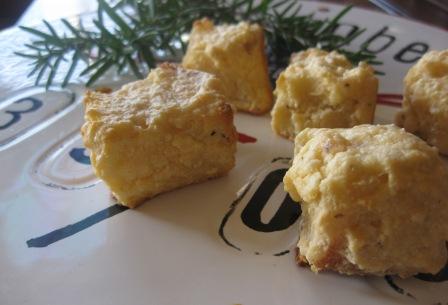 This week I’m teaching a class on souffles at Williams Sonoma.  Up until about 2 years ago I had never made a souffle of any type before (I thought). I have always been afraid to attempt making something so fragile that if you breath on it it might fall.

I don’t know why after being married for 40 years and catering for 20 years I would be afraid to attempt anything. I just don’t like failures and I guess I have envisioned pulling out a beautiful souffle to serve to guest and having it fall right before my eyes.

A few years ago on a mother/daughter trip we took with a friend and her daughter we had dinner at the Culinary Institute in Napa. We had two souffles that night. The dessert souffle was to die for and what they did was bring it to the table, inserted a spoon in the middle to collapse it and then poured a pitcher of cream angalise over it. Delicious!

But, before dessert arrived we started the meal with this huge bowl of French Onion Soup topped with Cheese Souffle. My version, Souffled Onion Soup is fantastic. I knew after enjoying this soup that I was going to have to make it. I went to work one day hoping to get someone to tell me how they made a souffle and I couldn’t find anyone who had made one before. Guess I wasn’t the only one who feared making a souffle. So, I bought The Joy of Cooking (can’t believe that wasn’t in my cookbook library) and set about making my version of the Soup. You simply make your favorite (or my recipe) of French Onion Soup, top it with a cheese souffle and bake in the oven. I serve this in my little lion head soup bowls and I really think that the steam from the hot soup keeps the souffle from falling. In fact, it doesn’t fall the whole time you are eating the soup.

I have been making these little Cheese Souffle Puffs since the ’80’s not realizing that I had made souffle, it just took on a different shape. The mixture of cheeses, melted butter, and dry mustard make the perfect base for the egg whites. Then you dip you cubes of bread into the souffle mixture, coat, freeze on cookie sheet, and bag until you are ready to bake and enjoy.

These are wonderful by themselves with a class of wine or great with a bowl of soup. French bread ready to be cut up. I think the prepackaged bread works best as it isn’t too soft to work with. If you have bread left over, freeze it and make croutons later. Have all cheese grated before starting. Cut into about 1″ cubes. The firmer the bread the easier to cut in small cubes. Melt all the cheeses and butter on low temperature. It will seem like a big blob of cheese but when you start to fold in the whites it will all come together. Let cool a few minutes and start to fold in the egg whites a little at a time using a thin spatula. You do not want to mix or beat as that will deflate the whites. You will see this start coming together about about two additions of the egg whites. Now you are going to put in one cube at a time. Dunk and you may want to use a knife to scrape a lot of the excess off. If you don’t do this and you have too much cheese mixture on the bread you will end up with a pile of cheese when you bake the puffs. Line these up on a cookie sheet and freeze until firm enough to put into Ziploc bags until you are ready to serve them. Bake these at 350 degrees for about 10-15 minutes. Take them out when they are golden brown. Serve immediately. 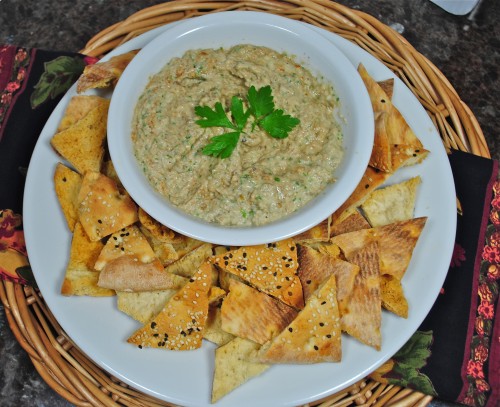 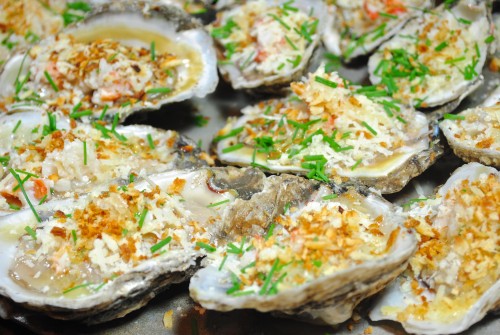 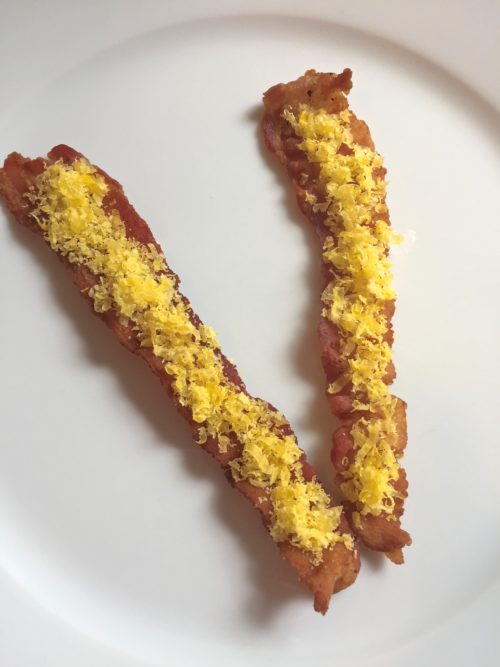