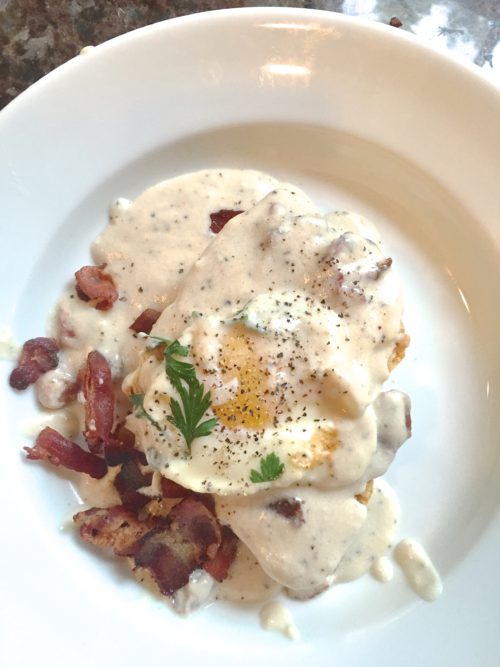 Eggs, Bacon and Gravy, what more could you ask for.

Recently I was looking through a stack of food magazines tearing out recipes before the magazines got trashed. I saw a recipe in Southern Living magazine for Creamy Baked Eggs with herbs.

This particular recipe was baked in cream and herbs and got me thinking that wouldn’t gravy be a lot better tasting than just cream. I’m thinking a nice thin milk gravy made with bacon drippings, of course, would be so good with the eggs and then a good sprinkling of crumbled bacon and maybe some fresh chives and parsley. Then all this goodness could be scooped up and put on a big biscuit square.

So one morning when my husband was waiting for our new grill to be replace and was starving for something other than his usual bowl of cereal I decided to use him, again, as my guinea pig. He’s always up for trying something new. My only booboo was baking 2 minutes to long and the yolks were not runny the way he liked them, other than that this was another bowl of yummy breakfast ingredients.

I made a biscuit recipe using 2 cups of flour and I cut that into four large squares of dough. After baking I split in half and only used half a biscuit to hold each scoop of gravy and egg. There were actually leftovers which he ate before going golfing. Milk, eggs, and bacon. What more do you need to make breakfast? I made a biscuit recipe and cut the dough in fourths to make very large biscuits. Stir three tablespoons of flour into the 3 tablespoons of bacon fat (if you don’t have enough fat, add some butter, oil or shortening). Stir this for 5-6 minutes until the flour has cooked and starts to bubble. Stir in the milk and salt and pepper to taste. Cook gravy until it starts to thicken. You don’t want it really thick (or thin). In the same pan that the gravy has cooked in, crack the eggs so they don’t touch each other. Bake in 425° oven for 6-8 minutes. (I cooked mine another two minutes and the yolks were not runny.) I put the bacon and parsley on during the last 2 minutes of baking. Put half a biscuit on the plate and gently scoop up one egg and some of the gravy and bacon mixture. 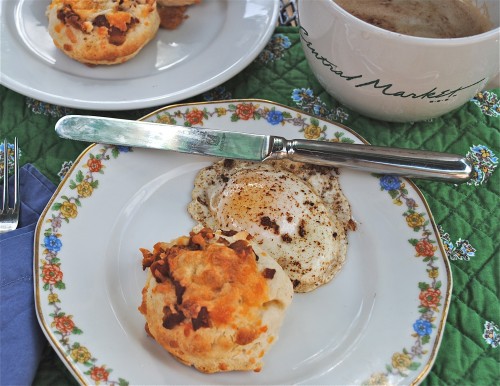 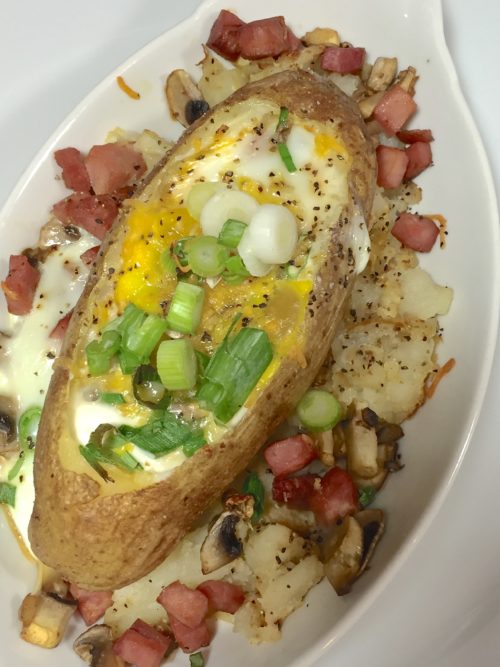 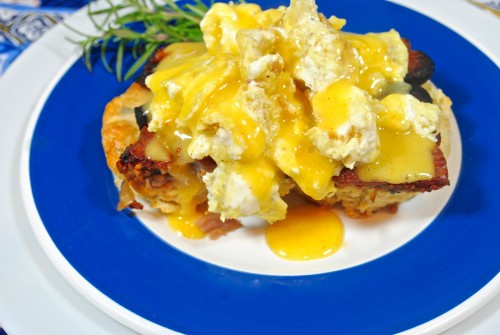