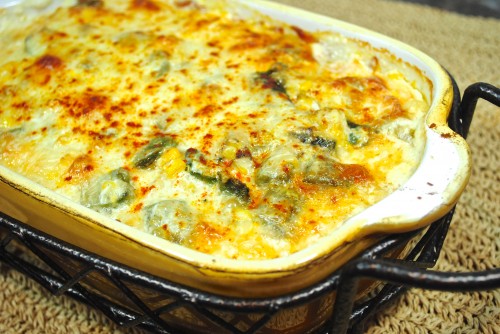 Scalloped Potatoes with a kick.

I love watching cooking shows; I have said that many times, and sometimes I actually try a recipe as it is written.

In this case, as I watched Marcela Valladolid from Mexican Made Easy, on the Food Network, make her potato dish, I was thinking about how could I change the recipe. This was a pre-Thanksgiving show I guess from last year. By the time she had the cheese on top and the cream poured all over the dish, I was thinking to myself, why mess with something that already sounds delicious. I may tweak it later but for now, the recipe is as she wrote it.

Instead of doing mine in one big casserole I made two; one for tonight and one to go in the freezer to eat after I have knee surgery again. (Already used it and it was as good as the first time around.) Today I bought the cutest little scalloped baker from Sur la Table and also a little bronze rack it sets in. It’s just big enough for a casserole dish for 6 people or even a double/triple recipe of some type of hot appetizer.

One would think that after 20 years of catering and buying cute little dishes that I would have enough to last me a life time. I couldn’t resist this one though, and it comes in the gold, red, green and white.

So, I’m not messing with this recipe. You can change it however you want, but to me it was delicious as is.

Tip for corn: I saw this in Thomas Keller’s Ad Hoc cookbook. Ya know how those corn silks that are left in with the cut corn bother you. Well, TK suggest having a bowl of water and then you take your hand and stir through the corn. The silks will stick to your hand and then you dip your hand in the bowl of water and they wash away; then keep doing that until all the silks are removed. I can’t wait to try this method of eliminating those pesty stringy things from the corn.

BLAST FROM THE PAST: Parmesan Shrimp Toast  — One of my favorite catered items and just in time for your fall /holiday parties. Potatoes and corn; can’t get much better. Char the peppers and then sweat in a plastic or paper bag; then peel off charred part. I chopped up my peppers instead of leaving them in strips as the recipe said and I used fresh corn. I did three layers of potatoes; they would have cooked quicker if I had only done two like the recipe stated but I wanted my little casserole full to the top. The Mexican creme and milk gets poured over the potatoes, then covered and baked. (adapted from recipe by Marcela Valladolid) We had enough of these left that a dish full went into the freezer. 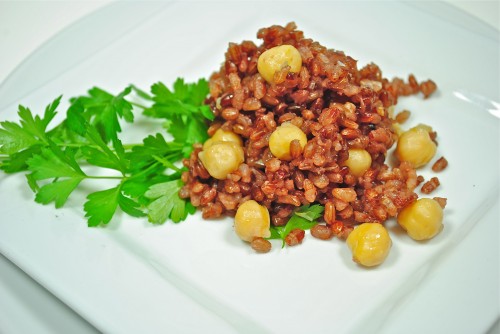 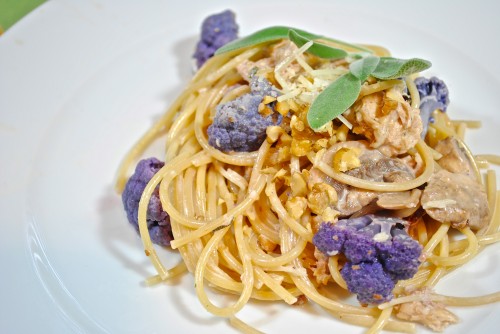 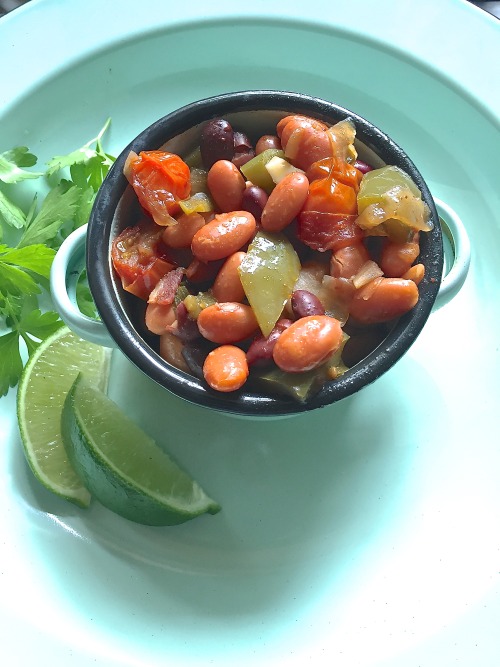