Another one of those recipes I told you about from vacation.

The most special thing about this recipe, I thought, was the truffled bean puree on the plate.  Below is my plate from Sky at Beaches in Turks and Caicos. 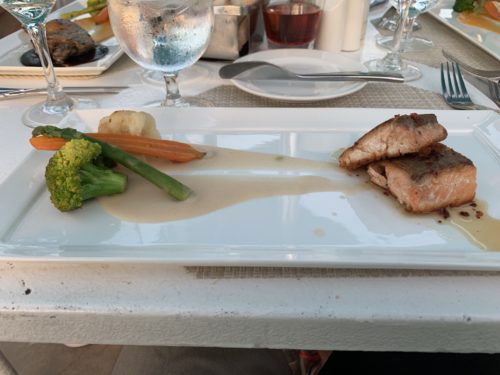 I use to keep truffle oil but I never really used it that much except on shoestring french fries (and those are fantastic). I feel like after a year it was old and threw it away and while on a trip somewhere I had purchased a small jar of truffle salt. This worked perfect in the bean puree; just enough truffle flavor without overpowering the dish.

My bean puree should have been a little thinner but since I really liked the flavor I wanted more on my plate. I think it would be much easier to smear on the plate had it been thinner.