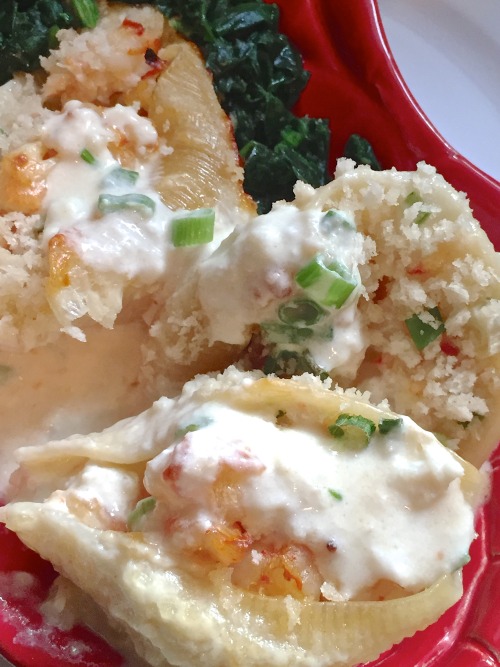 Stuffed shells perfect for summer get together.

Do you cook more shrimp in the summer or are you like me and cook it year round when you get them on sale. This dish would be great with some lobster thrown in to the mix.

I love shrimp in just about any recipe. I’ve pickled them, corn dogged them, skewered them, coconut fried them, Bang Banged them, and like Bubba Gump I could go on and on listing the ways I like shrimp.

This recipe just happens to have crab meat in it along with the shrimp. After making this dish I decided that maybe the next time around instead of stuffing the shells this would be great just mixed in with a penne or rigatoni pasta; saves some time stuffing and the taste is going to be just the same.

Sour cream was supposed to go in this dish but my carton container something other than that when I opened it and I was in luck since grandson Thomas had just been for a visit and left behind a carton of plain yogurt. I like the yogurt and would probably use that the next time instead of the sour cream.