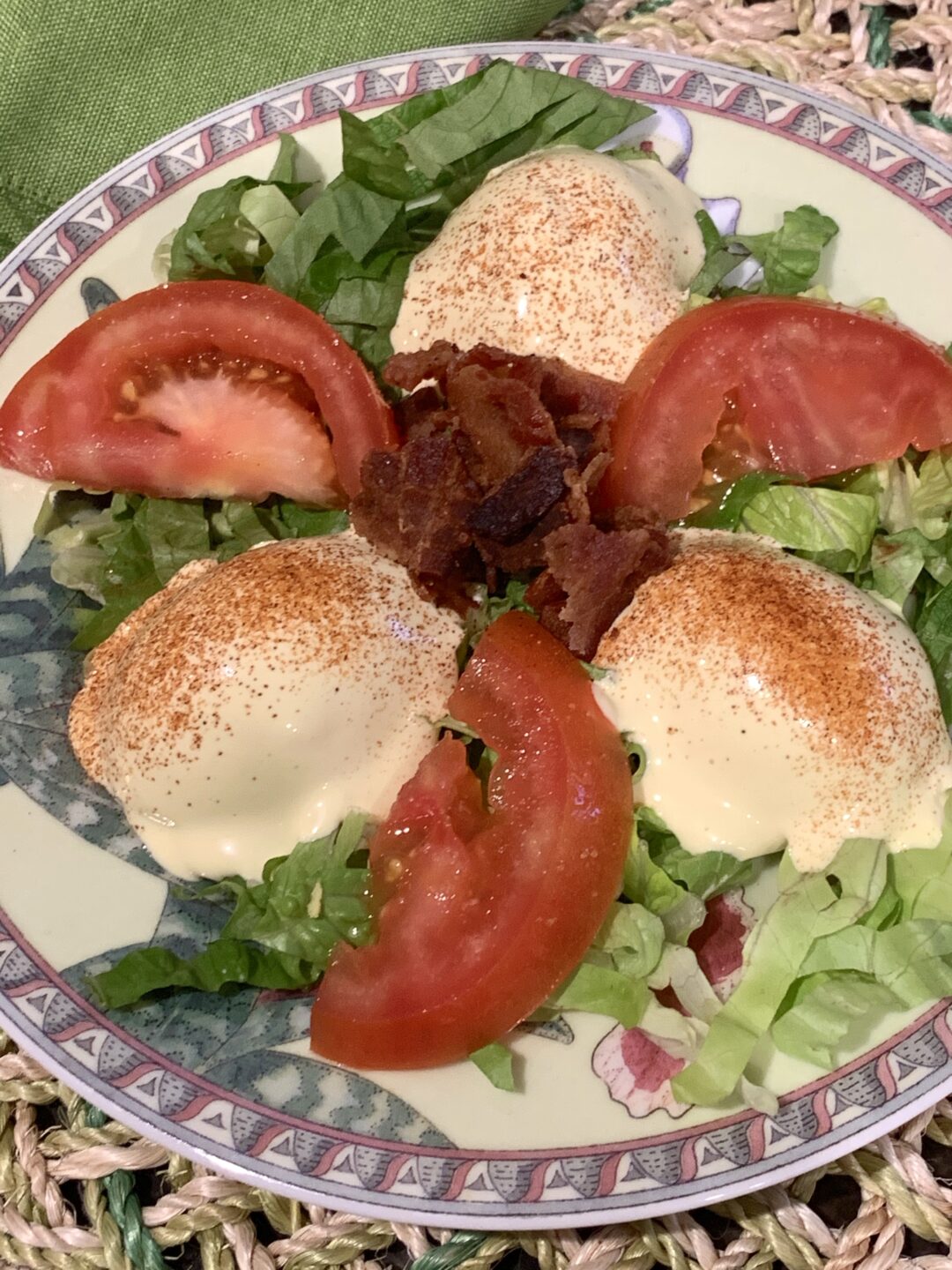 An egg by any other name would still be just an EGG. Just as Juliet once said “What’s in a name?”, That which we call an “egg” (sorry William) “by any other name would taste the same”. So whether you are saying Ei (Dutch), Veze (Albanian), Arrautza (Basque), Oeuf (French), Muna (Finnish( , Uovo (Italian), or Ubh (Irish) it’s still just an egg and for this recipe it’s a chicken egg.

I first saw oeuf mayonnaise on a food blog and to me looked like eggs sitting on top of grits. Not until I comment on David Lebovitz’s site did I know how wrong I was (and stupid) because I thought the stuff on the plate was “grits” (of course they had to be cheese grits) but the halved boiled eggs were sitting on top of homemade mayonnaise.