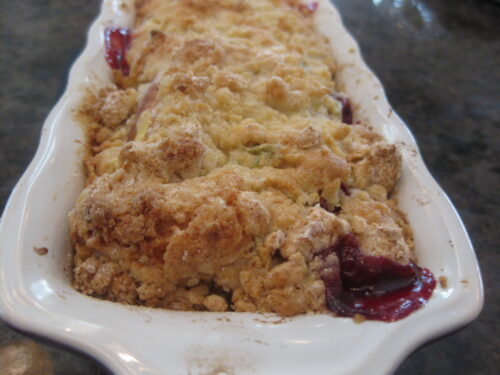 This is the third peach recipe I promised in last week’s posting. After buying a sack full of peaches at the market, I had three recipes in mind. These peaches were not only beautiful, they were very tangy and sweet. The other two dishes I made were Peach and Arugula Salad with Pancetta Chips and a Peachy Raspberry Ice Cream. This recipe has two of my favorite fruits — peaches and raspberries.

As a kid, I remember picking mulberries and dew berries but I don’t think I remember eating fresh raspberries until I was an adult. Raspberries, blackberries, figs and blue berries go great with cheese and nut trays and I have also thrown in some dried fruits which makes for a nice presentation. 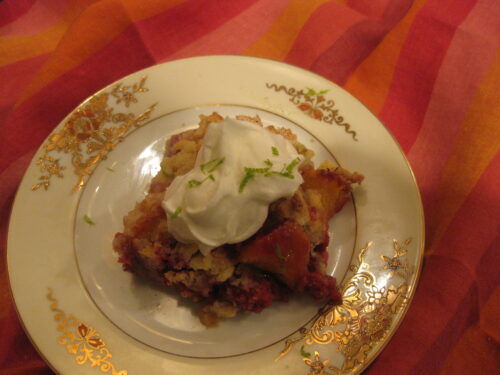 Years ago I remember making my first Peach Melba. It was an ice cream dessert and had vanilla ice cream, and poached peach halves and a raspberry sauce. You poached the peaches, cooled and then made ice cream balls, topped with a peach half (upside down) and then drizzled the raspberry sauce over all. I remember the recipe saying it will be as bright as the Pope’s hat. It was, and I think this dessert is just as delicious and vivid in color. 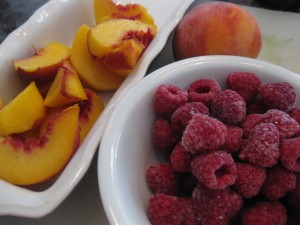 The raspberries were bought earlier in the season when I picked them up for 99¢ and of course I bought about twenty cartons to put in the freezer. I tend to go overboard when buying berries when they get down to 99¢. Last year I had a freezer full of blueberries I lost during the power outage from the hurricane. You would think I would learn my lesson but I’m always looking for a bargain.

END_OF_DOCUMENT_TOKEN_TO_BE_REPLACED 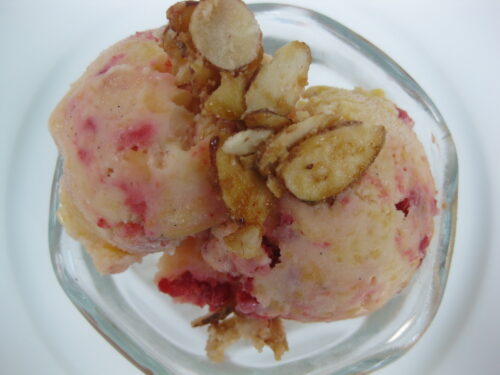 I was at the market today and found some peaches for 77¢ lb. and couldn’t resist getting a bag full to try a few new recipes. These were Texas peaches and very flavorful. Nothing disappoints me more than buying peaches that smell, look, and feel good only to get them home and they are either mushy or flavorless.

Peaches and raspberries are two of my favorite fruit combinations. I have tried a couple of Sugarlaws.com yogurt recipes and really enjoyed them. She uses Greek yogurt in many of her recipes, which might make for an interesting addition to my ice cream recipe.  She also adds some vodka to her ice creams to keep them from freezing too hard. Since there just happened to be some peach flavored vodka laying around that I bought for cocktails tonight,  I added a splash to my Peach Raspberry Ice Cream recipe. 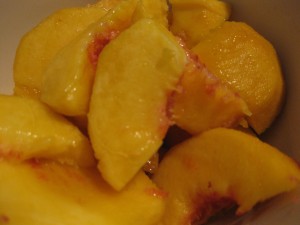