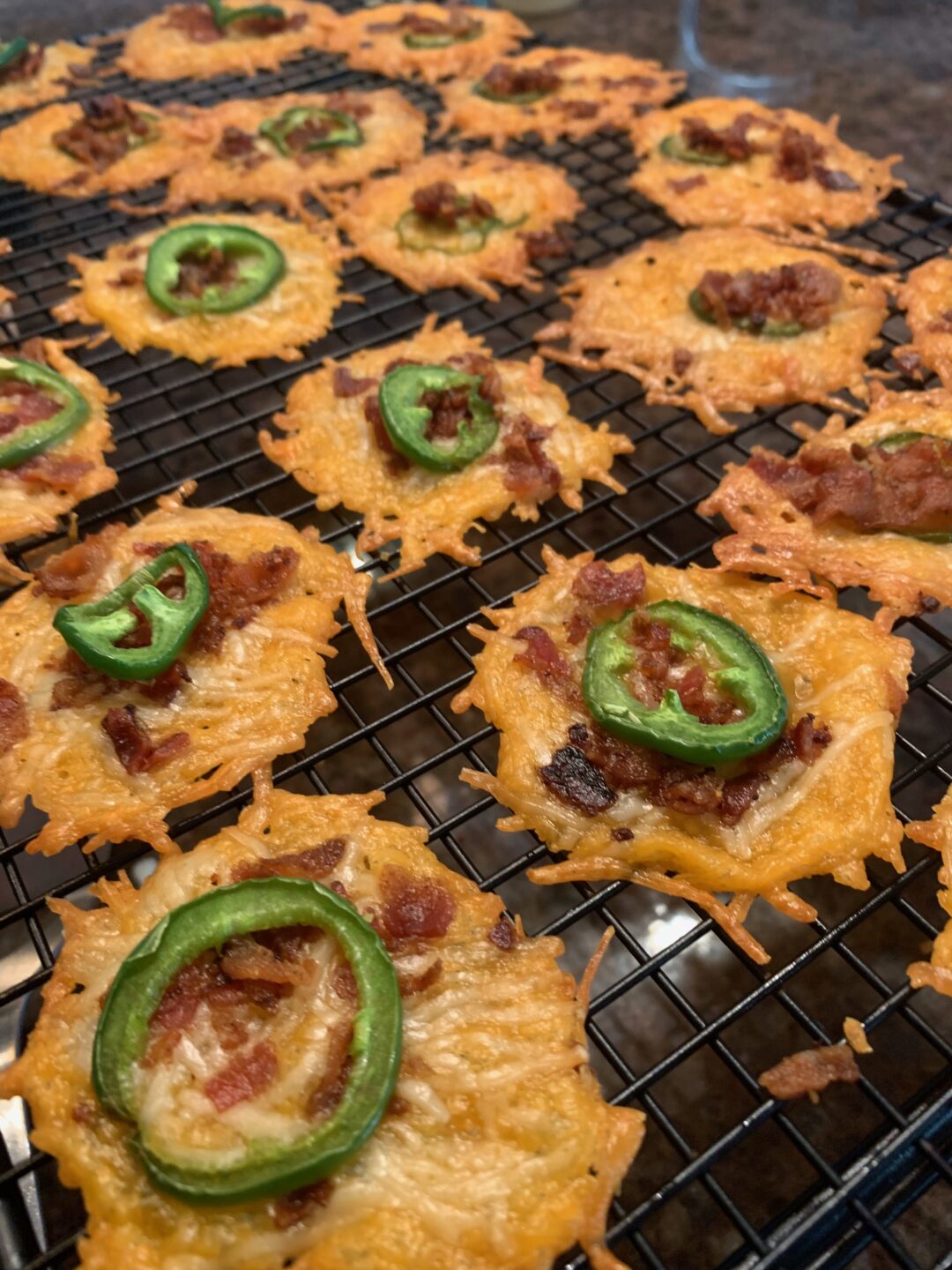 Cheese, bacon, jalapeño — who could not like any appetizer with those ingredients and how could you make an easier appetizer than this recipe for a very thin and crisp bite to go with your favorite cocktail or glass of wine.

I don’t want to talk about the pandemic ( or the fact I have had my first shot) or the freezing temperatures or anything else that I don’t have any control. When things don’t go the way I would like them to  I cook and I cook and I cook then I may make a cocktail or two.

Ya say “what’s a frico” ? Well it is a dish from Italy the consist mainly of heated cheese that melts and turns into a lacy crisp. There is a version that is thicker made with potatoes, onions and other vegetables but the one I’m making is another version that I think most Americans probably make and it is simply a thin layer of shredded cheese added on a hot frying pan and cooked until the cheese becomes slightly crispy. While warm, the frico can be molded into a bowl or little cup where you could add toppings etc. I’m going to have to try the other version sometimes because it looks like a thick potatoey pizza.

END_OF_DOCUMENT_TOKEN_TO_BE_REPLACED 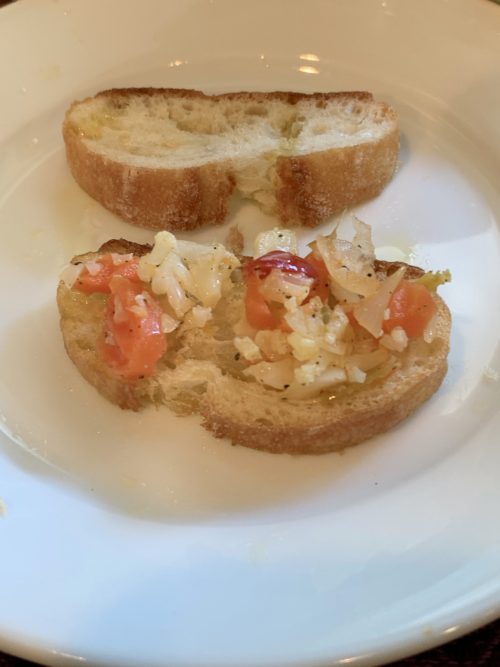 As easy as it gets.

(Note: Hope you like my new layout for the blog. There is a “search” box over on the right hand side which allows you to search for an ingredient or category or recipe. What I’m excited about the most is the index of recipes now show pictures so you do not have to click on every link to see what something looks like. Thanks to my son, Scott, for all his help.)

Giardiniera is an Italian relish of vegetables that is pickled in vinegar or oil that you can either make or it is sold in jars. For this recipe I used the latter.

This simple appetizer I tasted about ten years ago and thought how simple it would be to make for a last minute bite when company comes over.

Some other uses for this pickled vegetable mix would be on hot dogs, brats, other sandwiches just about anything that would taste good with a good pickle.

END_OF_DOCUMENT_TOKEN_TO_BE_REPLACED 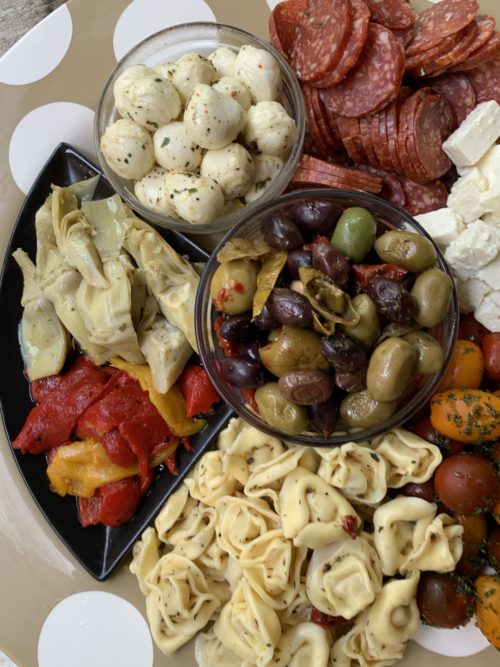 Antipasto — served before the pasta course in Italy and always works great for a party when you don’t know what anyone else is bringing.

This type of platter always seems to go over well. What’s not to like about some cheeses, olives, meats etc. I threw in some tortellini just because I’ve never put it on a platter before and it added a different taste and texture to the other marinated veggies.