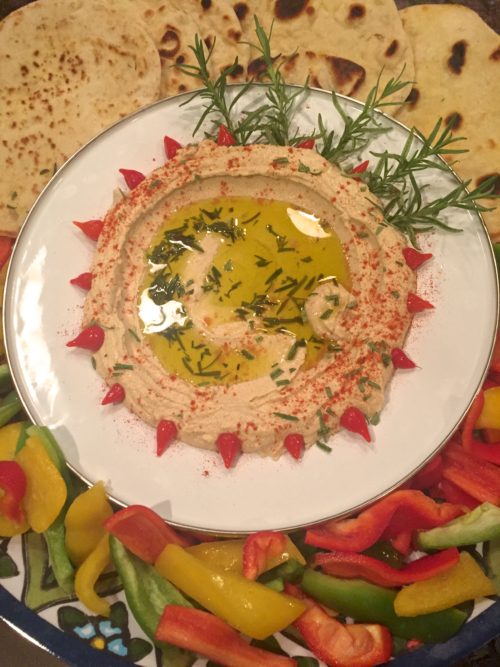 Homemade Lafa to go with my homemade hummus!

So, one day while touring Tiberius, Israel we stopped at Pagoda restaurant for lunch; and it turned out to be our St. Peter’s fish meal. The lunch that I had been warned about by several people to “not eat the St. Peter’s fish”. However, we found it delicious. The waiters first brought out (family style) platters of hummus (with the hummus swoosh), fresh warm bread, big blocks of onion rings, bowls of slaw and after that came the platters of the St. Peter’s fish (heads and fins on) and chicken schnitzel for those who did not want fish.

While we were eating the owner came out to talk to us. She told us how much the Israeli people love America and what we do to support them and then she sang us a song which definitely brought tears to my eyes. It was the most memorable lunch; one I will long remember.

One of the first things I wanted to make when I returned home was hummus and bread. I chose to make lafa bread to go with my homemade hummus. Lafa bread is a Middle Eastern flatbread; and known in other countries as pita/Greece/Middle East; Roti/India; Tortilla/Mexico; Pizza/Italy; Naan/Iran, India; Lefse/Norway, and Goraasa/Sudan just to name a few.

Flatbreads can be leavened (this one) or unleavened which would just be flour, water and salt. This is a really easy bread to throw together. Just don’t over cook it like I did this time. I think if I had made it lightly brown it would have reheated better. It was delicious right off the griddle with some soft butter spread on it.

I’ve made hummus often but usually make it with white beans in stead of chickpeas. This version I used the traditional chickpea and added a rosemary infused olive oil to pour over it and I garnished with some sweetie peppers, fresh rosemary and a sprinkle of paprika.  I think the addition of cumin makes this a delicious hummus and nothing like warm bread for dipping.

I noticed while in Israel that the hummus often was swooshed (or smeared) on a plate so I googled it and there was actually a “swooshing” video on youtube. So for here on out, I will be swooshing my hummus.

I’ll be posting more about our trip later; it was an amazing experience and one of our best trips we’ve taken.

BLAST FROM THE PAST: This Lemon Scented Pull-Apart Bread would be great to serve during the holidays. 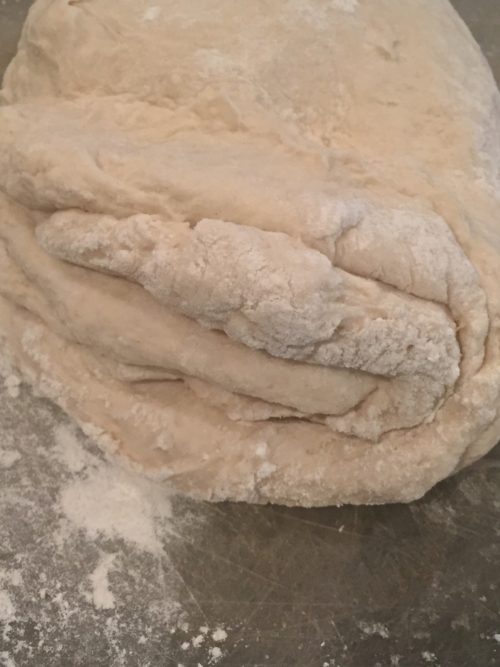 Bread mixed and kneaded. Let rise for an hour then cut into small pieces and roll out. 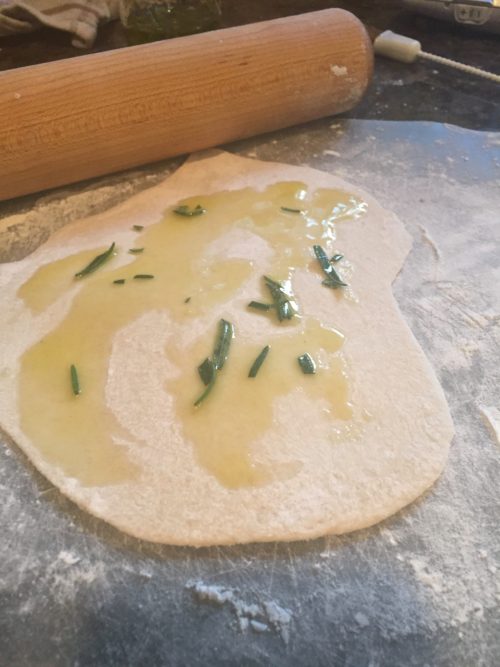 Roll out. I brushed some rosemary infused olive oil on pieces before grilling but you can do it without the oil. 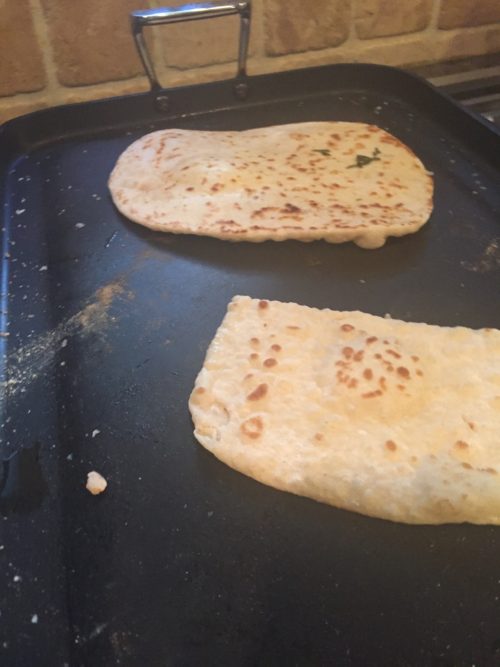 Brown on hot grill for 2-3 minutes per side. Serve warm. If serving later, wrap in foil and rewarm in 250° oven. 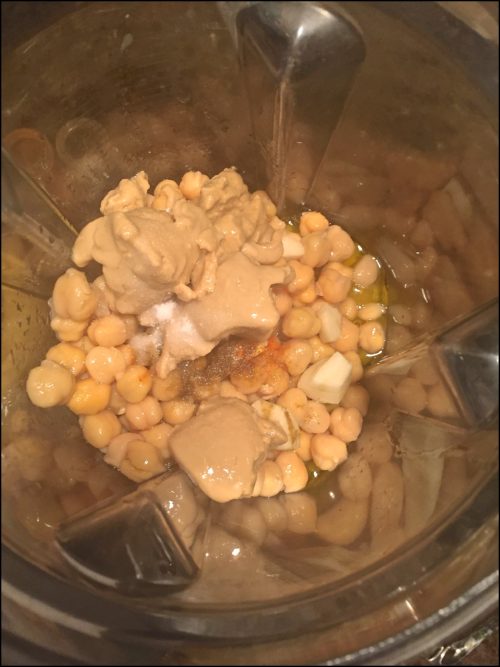 Put all the ingredients in Vitamin or food processor and blend. Thin with some of the chickpea liquid. 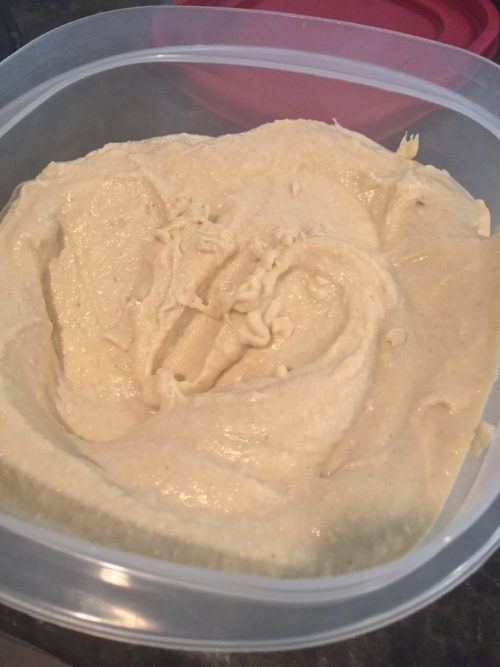 Season to taste with salt and pepper. I added a little more cayenne pepper. 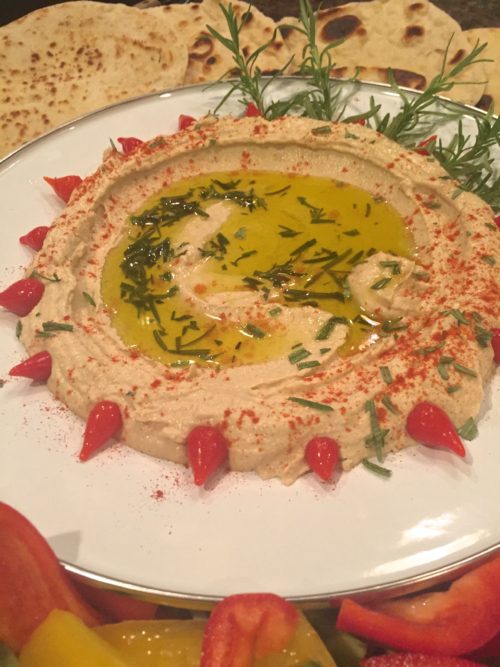 If you want to do the hummus swoosh, pile the hummus in center of plate and take the flat edge of something and turning the plate, hollow out the center of the mound, leaving a space to pour on some olive oil. 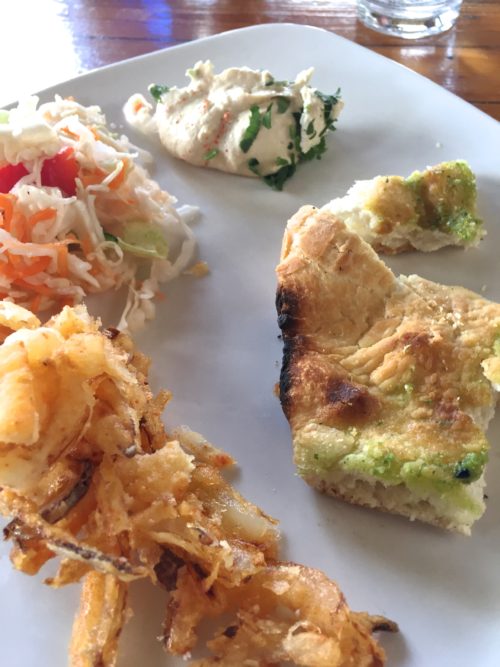 This is my plate before they brought out the St. Peter’s fish; slaw, hummus, bread, and onion rings. 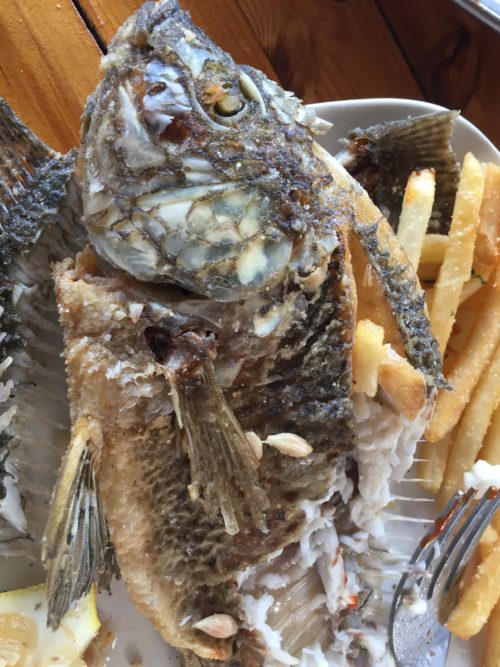 This is the St. Peter’s fish with a few bites missing. Those were good French fries too. 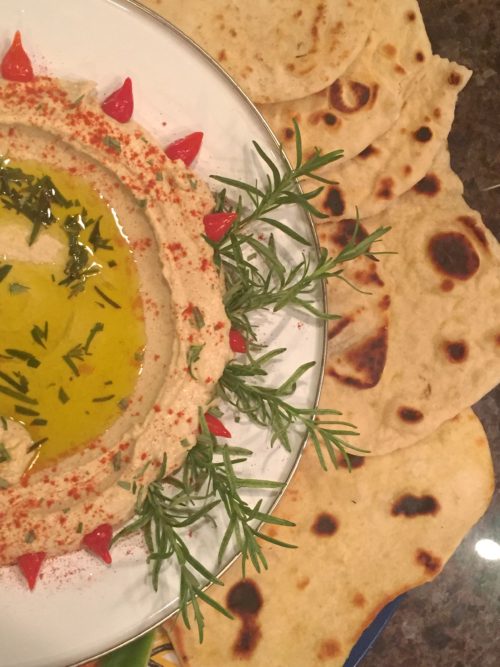 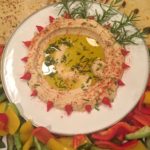 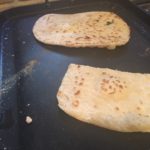 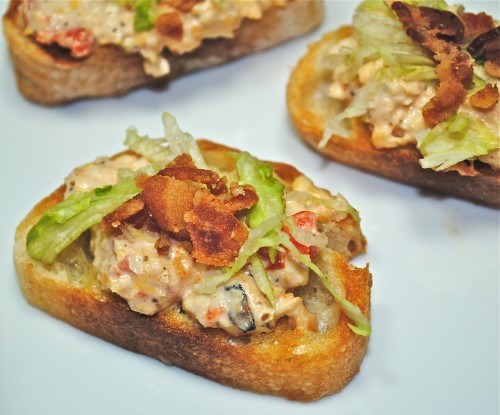 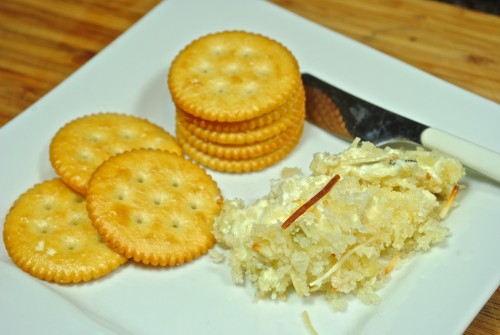 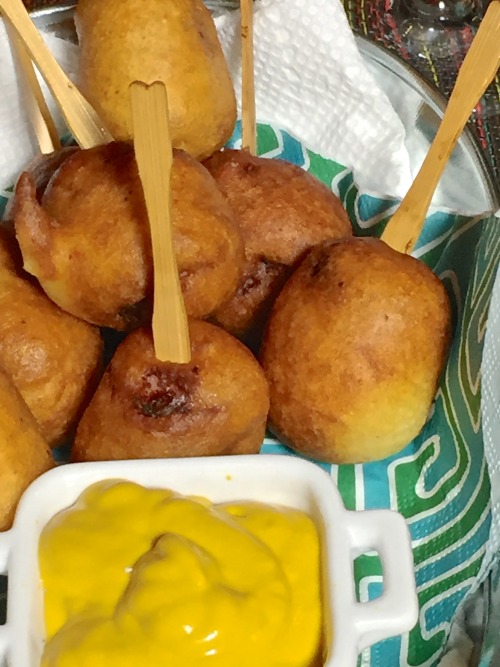