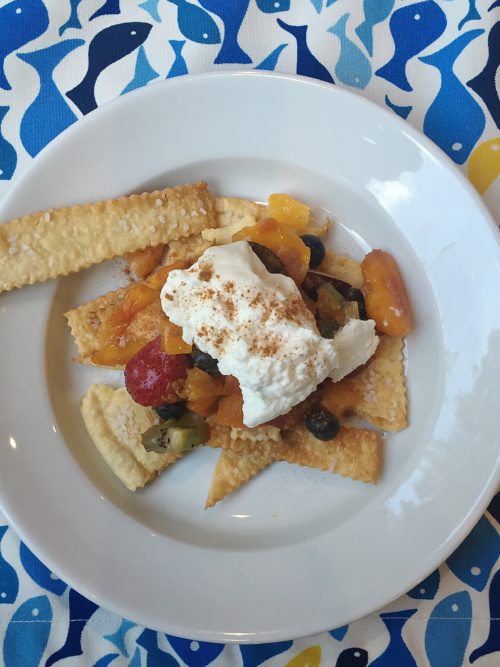 Shortcake doesn’t have to be just made with strawberries or spongy cakes.

Are you looking for an easy light summer dessert? Look no further than this Summer Fruit Shortcake.

This isn’t make with those little round store-bought shortcakes you get next to the strawberry section of the grocery. Who really likes those anyway once covered with strawberries and the cake turns all mushy.

My daughter, Alexis, made a shortcake once that was like a biscuit and had hard boiled egg yolk as one of the ingredients. That was a very good shortcake and I just discovered that the recipe was first published by James Beard and was one of his mother’s recipes. The hard boiled yolk adds to the richness of the shortcake without making it tough.

This Summer Fruit Shortcake doesn’t have either a biscuit or cake type ingredient but is made the way my mother made shortcake and that is with a pie crust baked to golden crisp perfection and then broken into pieces and put beneath a bunch of summer fruit and topped with some REAL whipped cream.

Like I said in an earlier post, my mother always made her pie crust from scratch but I needed a quick Friday night dessert for company and at first was going to just use strawberries but thought of all the fruit I still had from my kids coming over the 4th of July. So this fruit shortcake has black plums, mangos, blueberries, strawberries and kiwi. I have to admit I did buy some premade pie crust because I didn’t want to mess my kitchen up making crust. Kind of feel guilty about that but not too long. Next time I will make my own crust.

A sprinkle of cinnamon and a dollop of whipped cream makes this one easy summer dessert.

Our menu for the night started with a cheese plate and some rum punch then we had the best chicken wings ever; that’s my favorite piece of chicken and some thighs, a tomato/cucumber/avocado salad, some fried corn, some of my pickled yellow beets and yellow squash and the shortcake for dessert.

So, if you want a quick dessert for this summer just grab a remade pie crust (or make your own), chop up some fresh fruit, whip some cream or if you want, just buy a can of whipped cream and I think your guest will be delighted with this dessert. Not too filling and just look at all those beautiful fruits.

BLAST FROM THE PAST: Asparagus Coins is another really quick recipe to make for a summer cookout and all those little pieces of asparagus are just so cute. 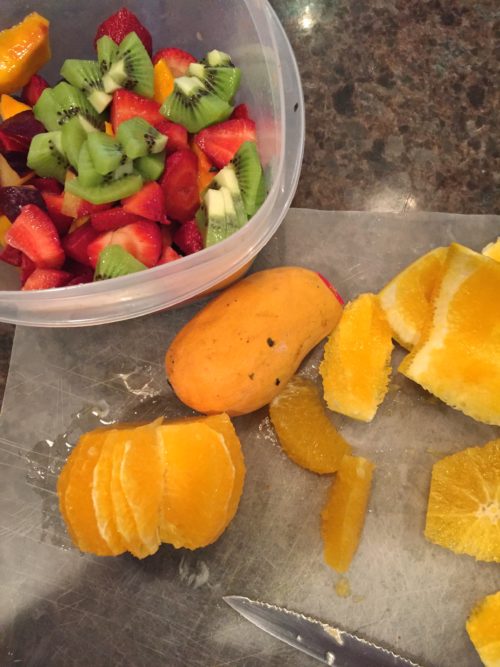 Section your oranges, cut up the strawberries and kiwi. 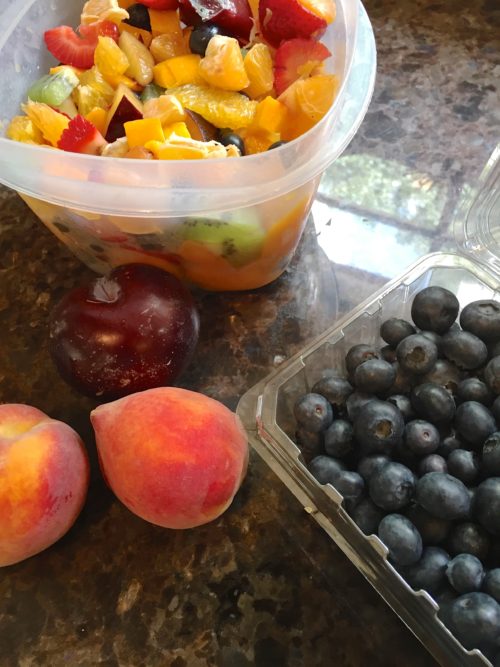 Then add whatever fruit you want. I added some black plums, peaches and blueberries. 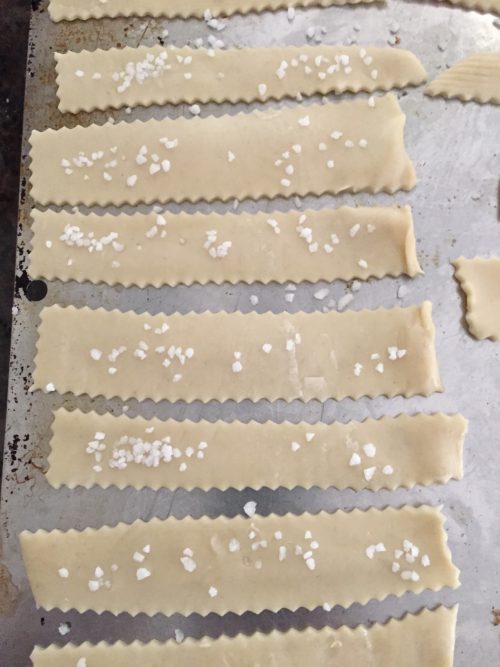 Cut the pie crust into strips and sprinkle with some sugar. I used a pearl type sugar which I like because of the crunchy taste and it doesn’t dissolve. 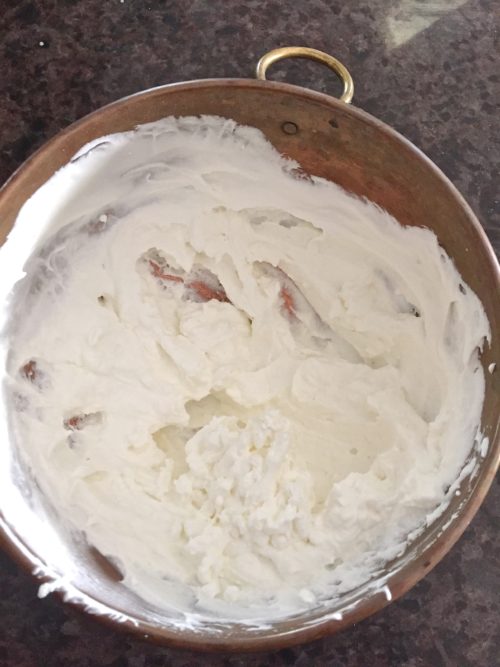 Whip some cream. This was a two person job because I used a whisk and I always have to “pass off” to my husband for a few seconds. 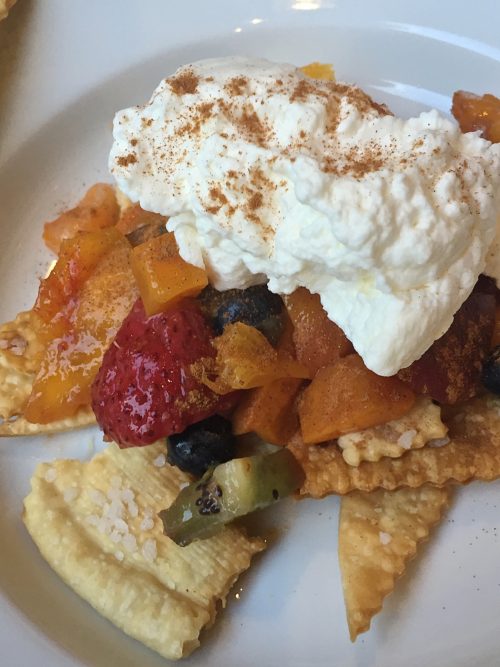 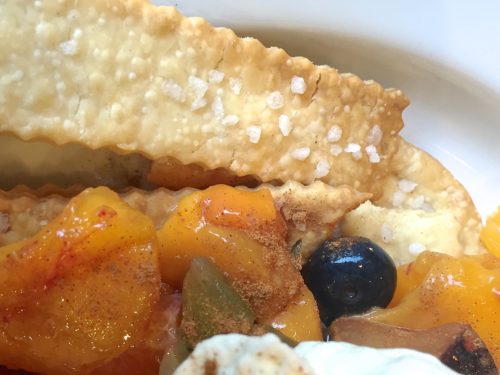 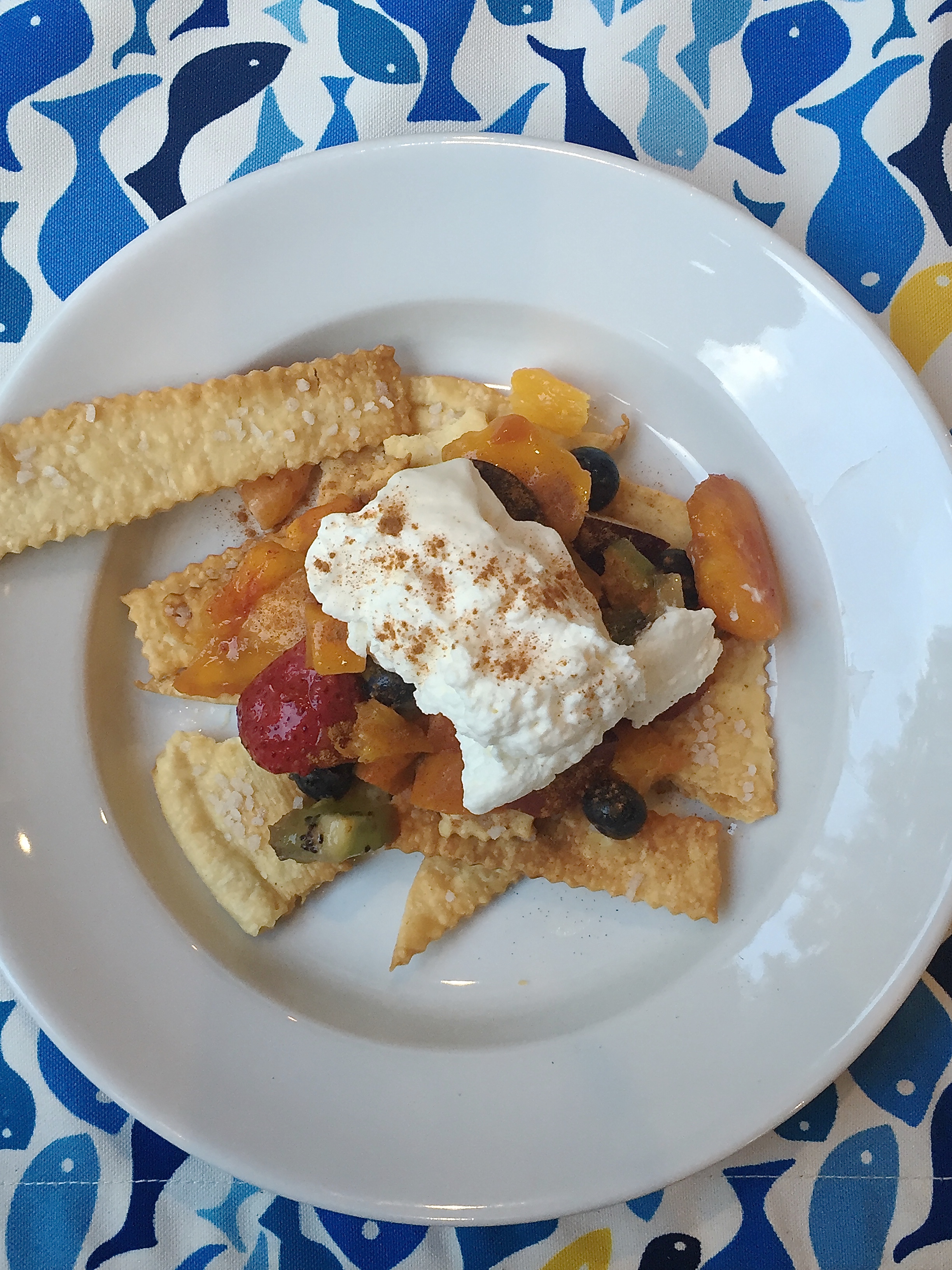 Delicious summer fruits on top of crispy pie crust strips with a dollop of whipped cream.
Write a review
Save Recipe
Print
Ingredients
Instructions
Notes
Rosemary and the Goat https://rosemaryandthegoat.com/ 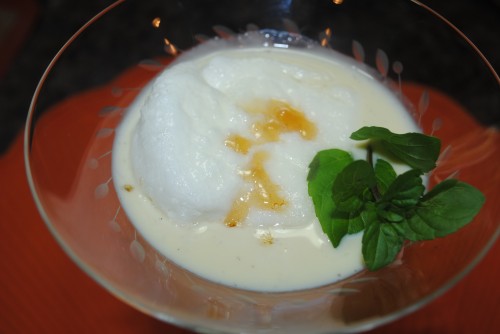 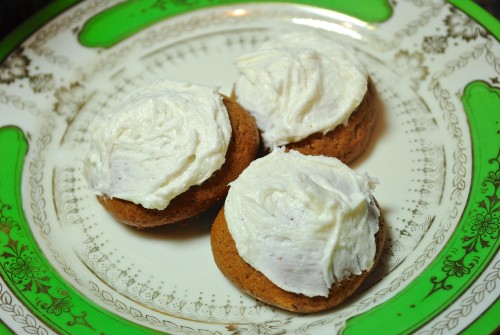 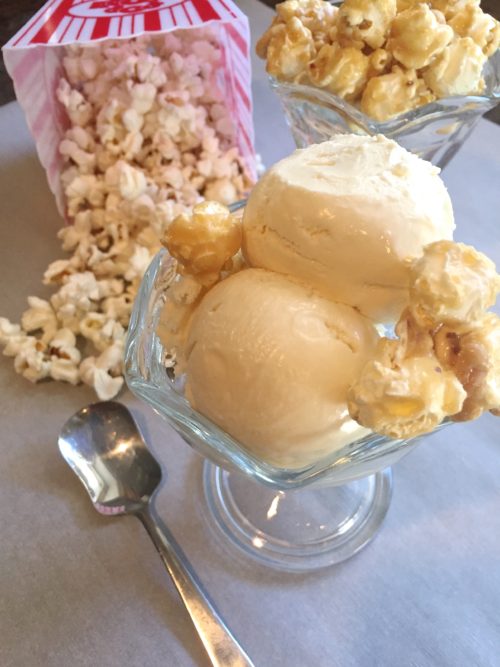