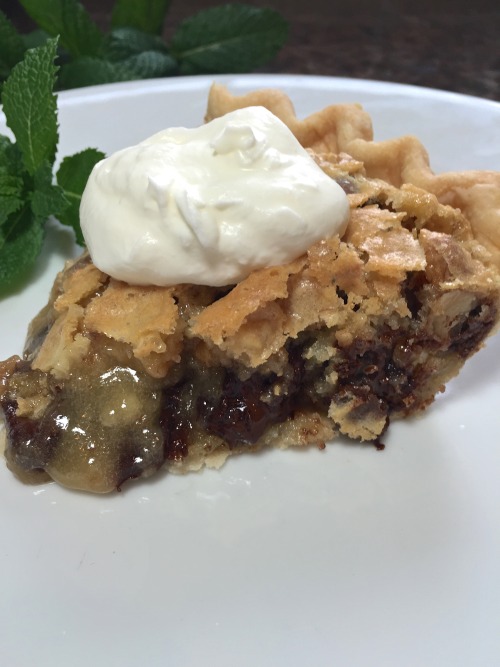 And……they are off and running!

There is no mint in this pie, only for garnish, but if you are at a Kentucky Derby Party this weekend you will probably be drinking mint juleps.

I’m sure almost everyone makes Derby Pie or at least has tasted it, but I have never shared my recipe.

The name Derby Pie is trademarked by Kern’s Kitchen in Louisville and they invented it or came up with the recipe back in 1950 at the Melrose Inn in Prospect, Kentucky.

I have been making Derby Pie which I have called Kentucky Derby Pie since we lived in Louisville back in the 70’s. If you look at the picture of their pie in the above link, mine looks nothing like their’s. Also, a lot of recipe call for pecans and bourbon. I don’t remember who gave me this recipe back in the 70’s but it had walnuts, no bourbon and definitely a homemade pie crust not a store bought one. According to what I have read on the web the family of Kern’s Kitchen is going after anyone I guess that calls their pie “Derby Pie” so, after years of calling mine Derby Pie, I’m calling it Kentucky Walnut Pie just so I don’t get sued. That seems kind of nasty if you ask me, to sue someone even if they change the ingredients. And, I have to say mine looks way more appetizing.

Each year, I could not wait to go to the Kentucky Derby. No, we were not one of the beautiful people with gorgeously outrageous hats sitting up in the box seats or even the bleachers. We were one of the “infield crowd”; the ones that would carry coolers of booze and try to get in with it or make something called spoliolies that taste like lemonade but was full of vodka and lemon juice. We always did manage to sneek some concoction into the races.

Below are a couple of pictures of our Derby Days. That’s me on the ladder, with a backless halter top (I actually made that outfit), since that was the only way I was going to ever see a horse for the most famous race in the world. If I wasn’t on a ladder I would be on my husband’s shoulders. He’s always been strong, but there is no way I could get on his shoulders now nor could he hold me over his head. That would really be a crazy site. 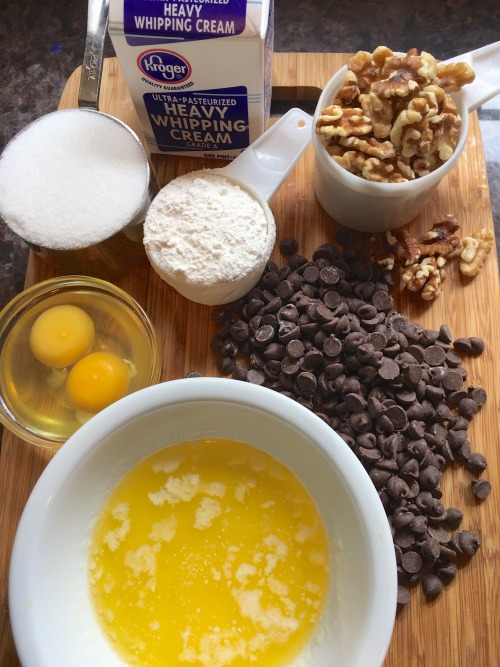 I would not substitute the walnuts for any other nut. 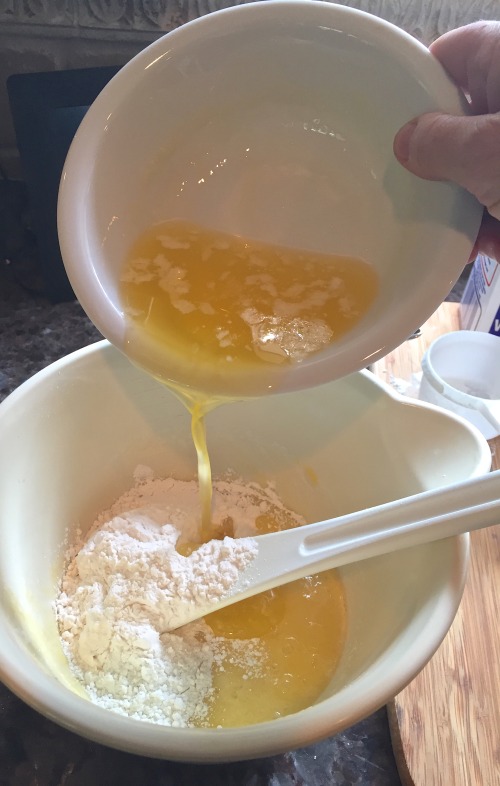 Beat the flour, sugar, eggs together and then stir in the cooled melted butter. 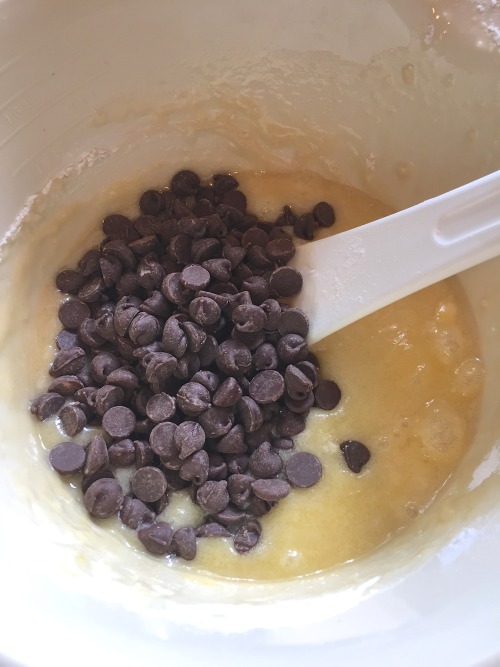 Stir in the chocolate chips 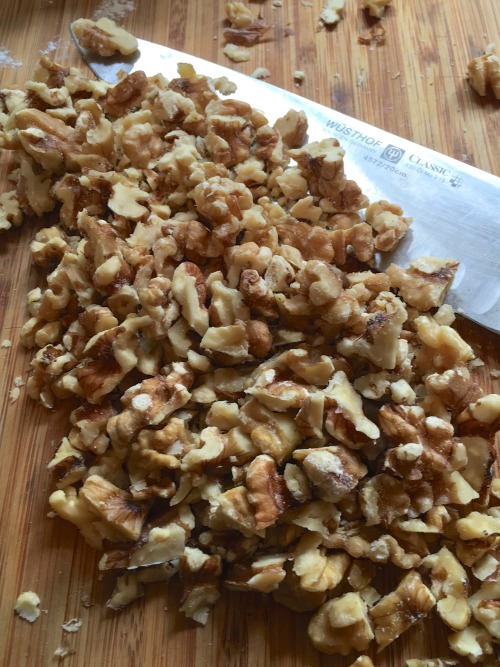 Chop the walnuts into large pieces and add to the pie mixture. 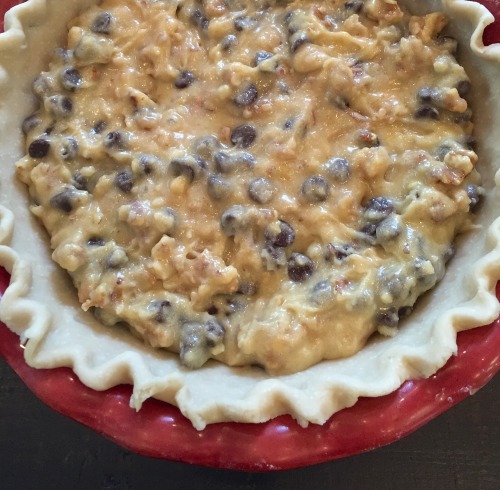 Pour the filling into a prepared pie crust. Mine is homemade and I will give you the recipe at the end of the post. 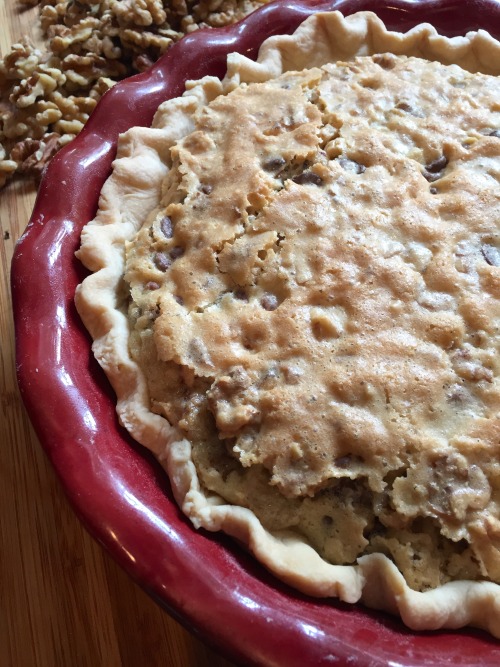 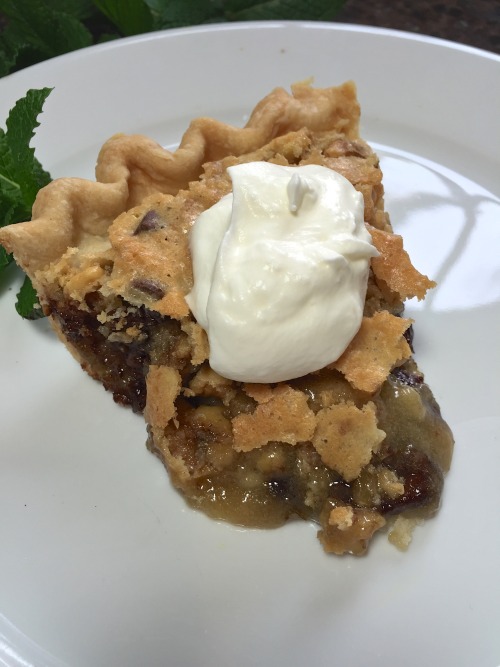 Look at that cute little wooden purse I made and there’s that cooler of “spiked” lemonade. 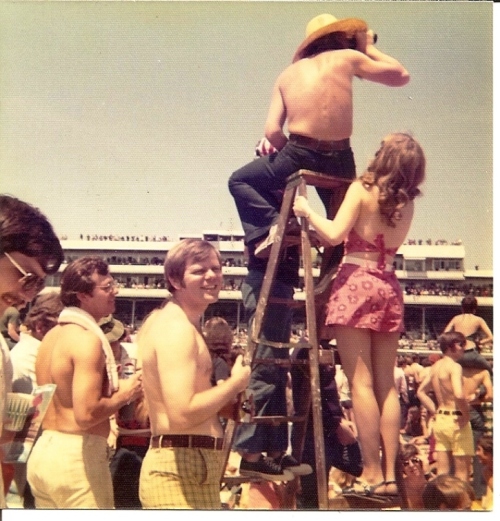 And that’s Boots and his ladder. Don’t know whose on top. 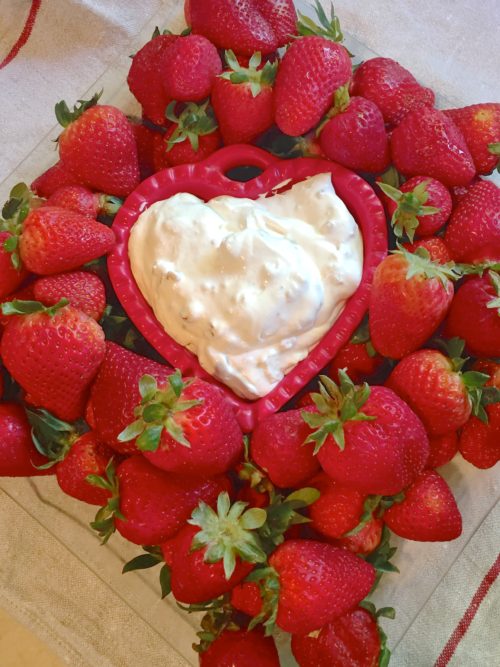 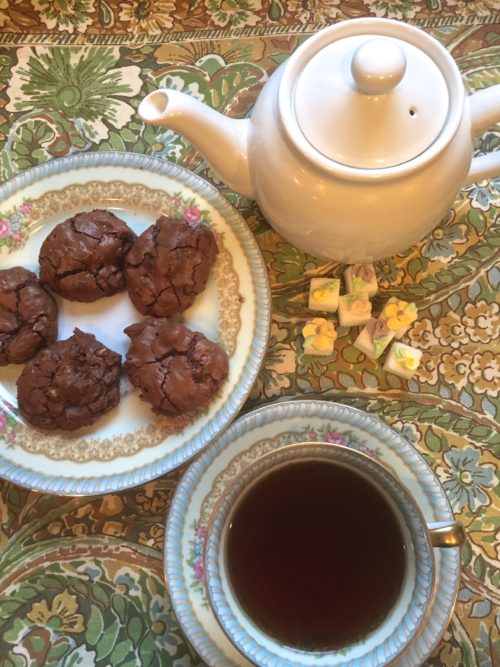 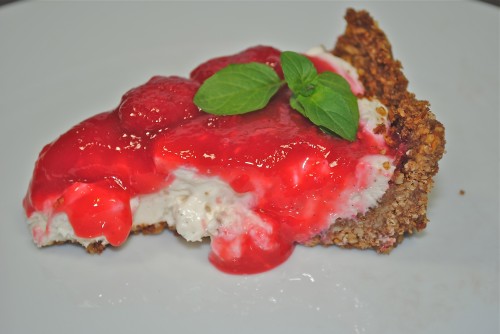