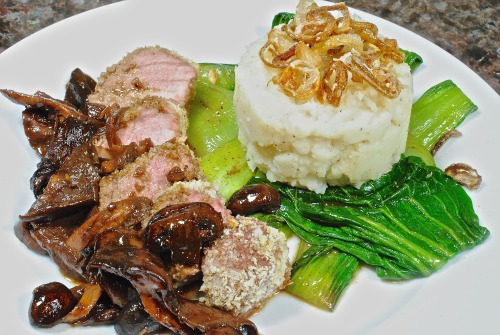 I received an invitation from Open Table to do a post for their blog. I have been using Open Table for years to make restaurant reservations both locally and while traveling. I love it.

Many restaurants use Open Table. Go to their website or put their app on your phone then you simply put in the date you want to eat at the restaurant (or it will give you a list of restaurants that have open tables) and the approximate time and you will get a choice of 3-4 different times. Pick the one you want and reserve. You will be sent an email and if you have the app you can go to it and check any upcoming reservations. If you need to cancel for any reason, do it on the app. Looking back at my account, it looks like I used Open Table when we were at the Biltmore Estate in Asheville last summer and also at the Empress Hotel in Victoria, BC (for tea), and again while in Vancouver last summer.

So, we had planned to go to Kona Grill on a Saturday night. I went to Open Table’s site, put in the date and 3 or 4 times came up; I chose the 6:45 slot and that was it! No getting to the restaurant and wondering if we would get a table.

We started with drinks and potstickers. My husband ordered the sea bass with pan-asian ratatouille, which he said was delicious. I’m glad we didn’t order a salad because the entrees were so large that I could not finish what was on my plate. I chose the almond crusted pork tenderloin with shiitake mushroom sauce. That, I knew I could recreate in my own kitchen.

Pork tenderloin is one of my favorite cuts of pork to cook; it is tender and cooks very fast. I cut my tenderloin into three pieces to cook and then sliced after removing from the oven.

I’ve included a picture of my dish from that night so you can see how they compare. I made my mashed potatoes much thinner than they did and I plated the bok choy a little different. The restaurant mounded the mashed potatoes on the plate (the thickest potatoes I have ever been served) and laid the steamed (or sautéed) bok choy over the potatoes to cover them; it kind of looked like a green igloo. I decided to use a ring mold to mold my potatoes and set them on top of the baby bok choy, which I think giving the dish a much prettier presentation.

Another change I made was to cut the mushrooms in thick slices (or leave whole if small) because the ones I had at the restaurant were so thin that you could hardly pick them up with a fork. I like mushrooms and I want to be able to taste them.

I hope you will try this recipe and also give Open Table a try.

RESULTS from my recreation — Overall, I liked my presentation best. I like using mushrooms other than shiitake and will probably never cook with them again. I liked their sauce better because it was thin. I liked my potatoes (without the peel) because they were thinner. I had trouble loading my phone pic to the computer the day I set out to recreate this recipe and could not tell much about the sauce just looking at my phone. If I had waited to see the picture on a larger scale, I would have definitely made the sauce or juice thinner. I feel like they might have browned the tenderloin in a skillet and then deglazed the pan by adding some broth or wine, scraping up the browned bits from the bottom of the pan and added a little tomato and sliced almonds to the pan. You have the information, so you can tweak it however you want. In fact, I think a good steak sliced with the bok choy and potatoes would still make a nice dish.

Also, something new, my daughter has set up a new recipe format for me to try out. Let me know how you like it. You should be able to save recipes to a Yumprint account (free to sign up) and you should now be able to easily print only the recipe portion of the post. So, please try it and let me know what you think.

On even more of a technical note, I have moved my email subscribers over to a new e-mail service. I’ve received feedback that the existing emails cause confusion since they are coming from a “no+reply” account. The new service will clear up this issue and also provide better looking email content! If you haven’t been receiving e-mails with my new posts and would like to, subscribe now by filling out the form on the right side of the blog.

BLAST FROM THE PAST: This recipe for French Apple Tart is one we did at a cooking class in Arles, France. I have included pictures of that class that was so memorable to us. 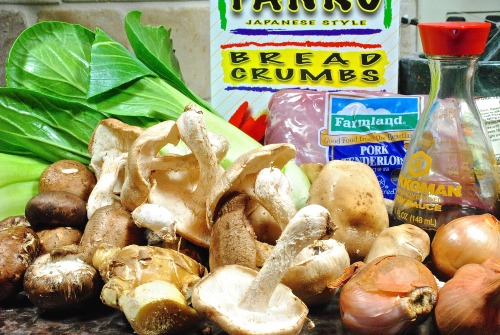 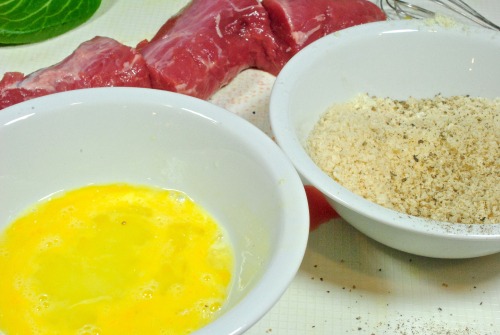 Set up your breading station with the beaten egg and the bread crumb mixture. 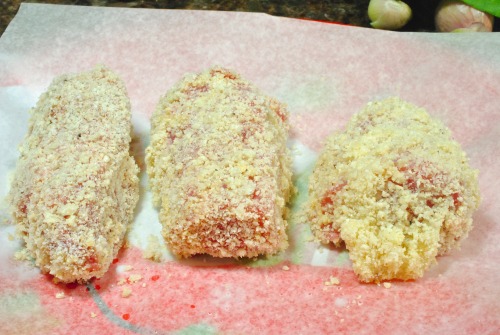 Dip the pork tenderloin into the egg, then coat all over in the crumb mixture. 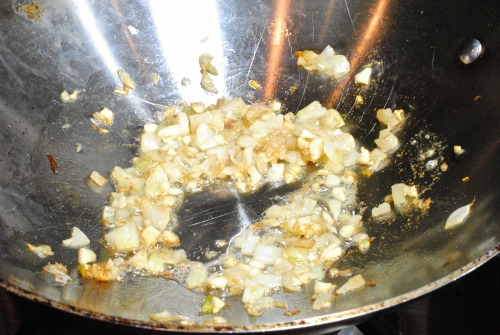 Saute the garlic and shallots in the butter. 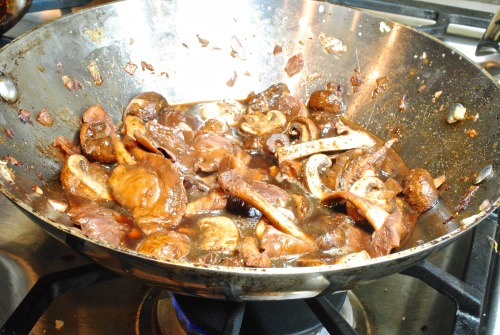 Add in the mushrooms and then the other ingredients. 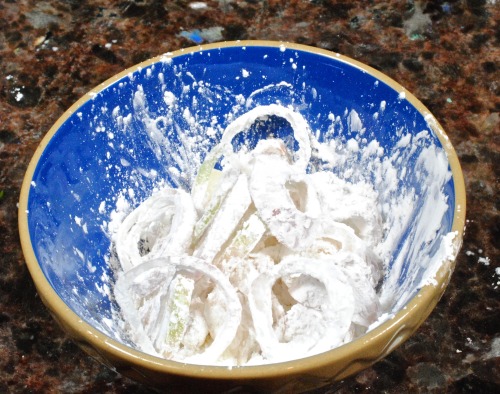 I coated some extra shallots in cornstarch and fried to use as topping/garnish for the mashed potatoes. 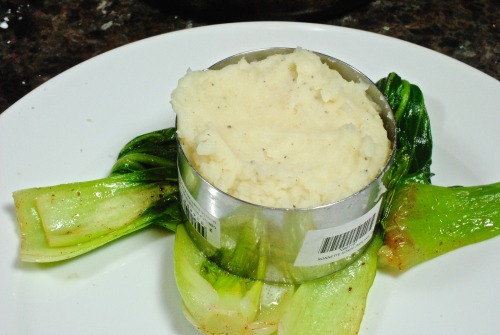 These are my ring molds I bought in Paris a few years ago. As you see, I have never taken the tags off. You can use a run can or anything to mold your potatoes. 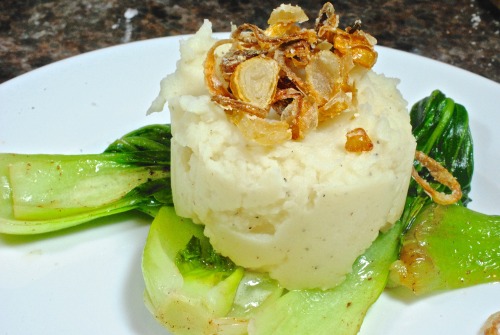 Put the cooked bok choy on plate then top with the mashed potatoes and garnish with the fried shallots. 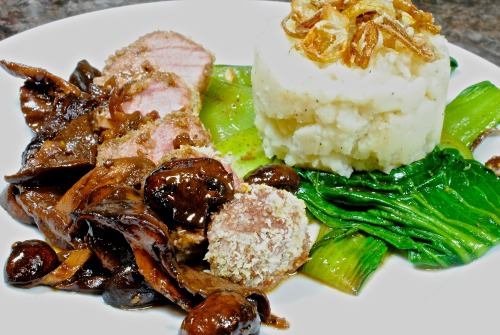 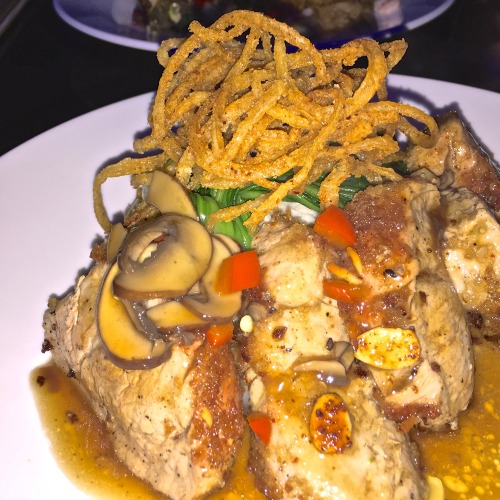 The above picture is my plated food at the restaurant. I didn’t get this picture on here until after I had made my dish. Their sauce above doesn’t really look like a sauce but more au jus of some sort. I did like the thinner sauce and next time I will add some broth to my sauce to thin it out. I also see slices of almonds so I have no idea if they coated pork in crushed almonds or almond flour then added some almonds to the finished dish or sauce. I do not remember if the red things are tomato or red pepper. I do like being able to see my potatoes though. 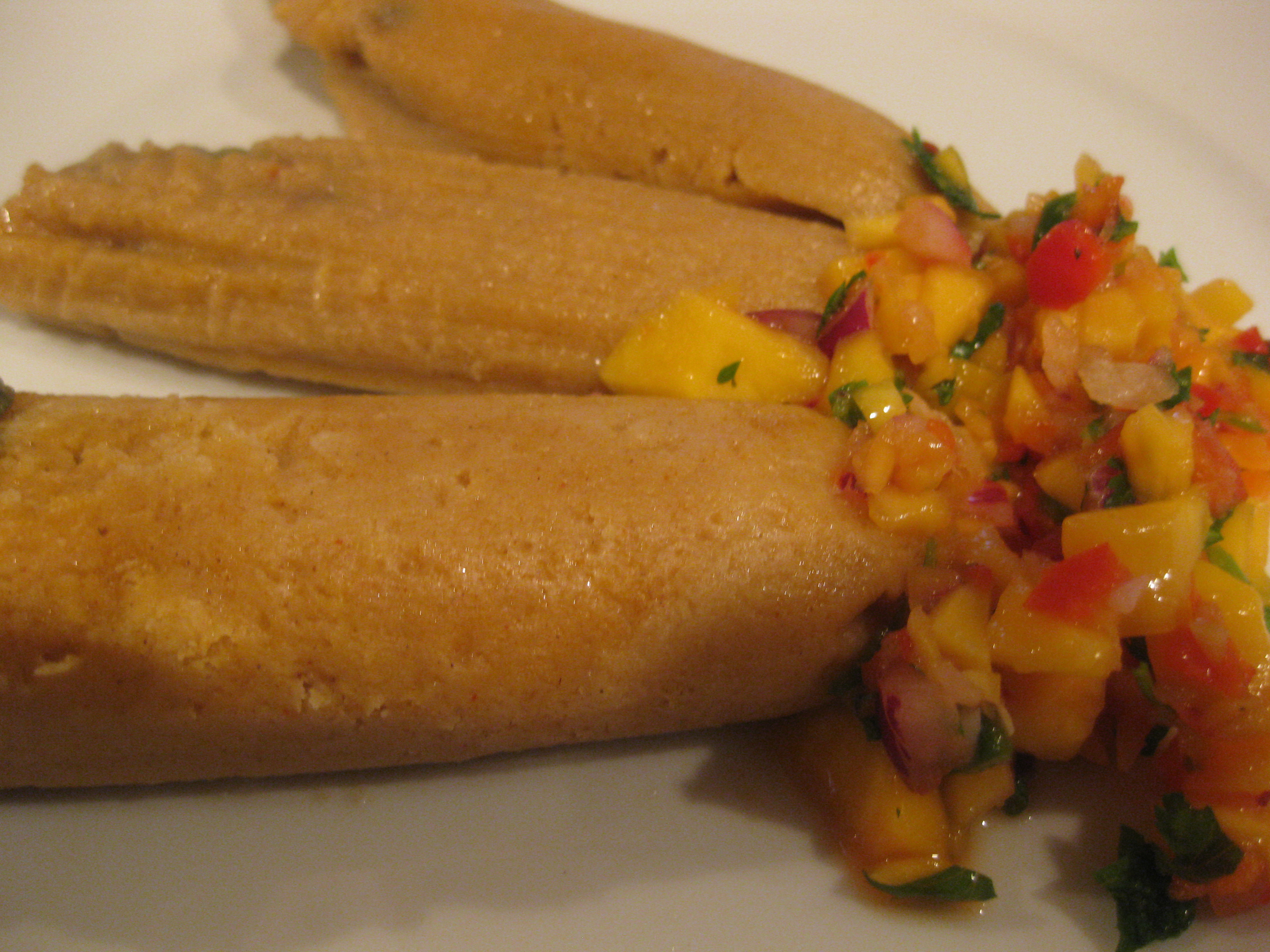 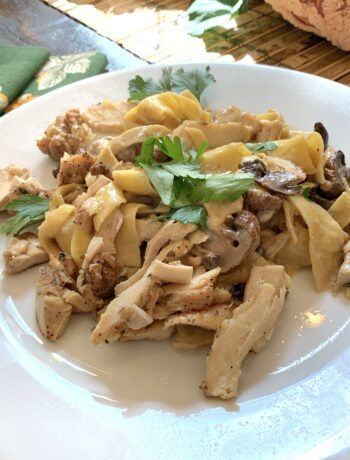 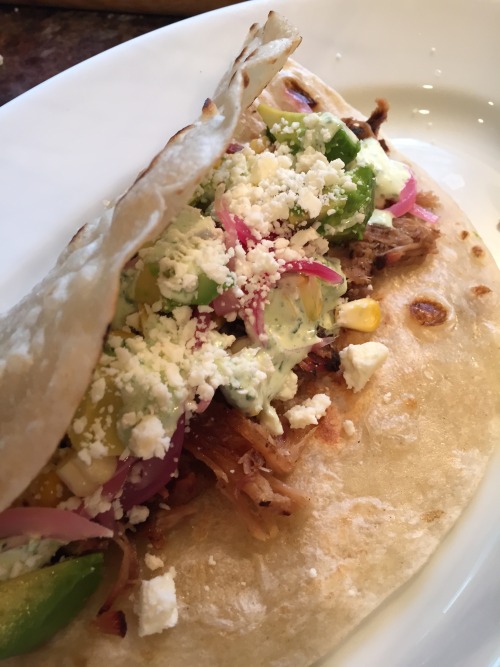