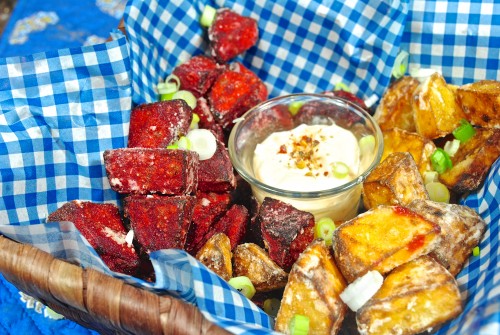 French fried beets; the yellow ones look like potatoes but are actually golden beets.

Don’t you just love rainy days? I do and I’m probably the only person who likes bad weather whether it is a thunder storm, all day rain, hail, snow storm — bring it on — my perfect day. I do like nice days when the temperatures stay in the 70’s but I long for those cloudy, drizzly days; I just can’t explain it.

While in Austin one weekend we were running around one rainy Friday morning, (ended up getting about 3-4 inches of rain) while the kids were working and grandkids at school, trying to find one of my favorite tea place and I was really wanting to eat at one of the local food trucks. I wanted to try Paul Qui’s East Side King trailer but they didn’t open until later in the day. We did find one of his ESK’s open at Hole in The Wall bar where his place occupies the back part of the building.

So I had read that the beets were to die for and the Brussels sprouts salad was great. The salad was good but was drenched in dressing and I can’t wait to try and make the salad with my touch. The beets were really good and the dipping sauce made with Japanese mayonnaise and seasoning made them even better.

Paul Qui was the 9th season winner of Top Chef and has his new restaurant Qui (key) and I think two food trailers, and his place in Hole in the Wall. Watch his video at the Qui link above and see how he started his restaurant. He had pottery especially made and even the aprons they wear in the kitchen. Really interesting video.

I couldn’t wait more than a couple of days after returning home to buy some beets and try to make the French fried beets. I could not find the mayo or the seasoning. Since making the recipe I did locate them on Amazon so will be ordering them for future recipes and I’m also checking Whole Foods to see if they carry them.

Ya know, some of the recipes I make seem kind of weird sometimes and may be things I make only once to try them, but I would say a lot of the recipes I go back to again and again. I think the definition of a “foodie” isn’t eating gourmet foods but trying new and unusual things.

French fried beets I guess aren’t really that unusual; after all you can buy beet chips and these fried beets have a sweetness to them that make them very tasty.

COMMENTS: Please leave a comment below if you try this recipe or if you have any questions. 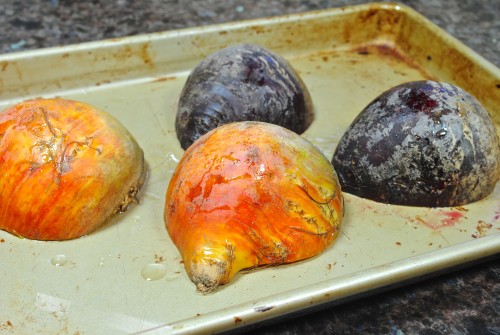 Wash the beets and cut in half. Put on a cookie sheet and roast 40-45 minutes until done. (Cover with foil.) 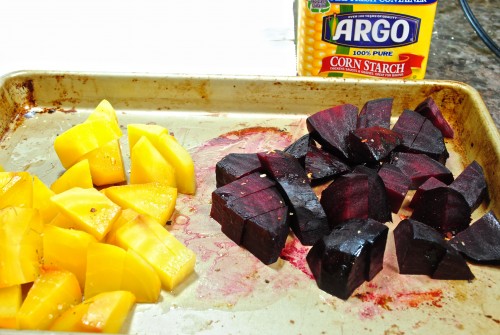 Peel the beets and cut in 1″ squares. 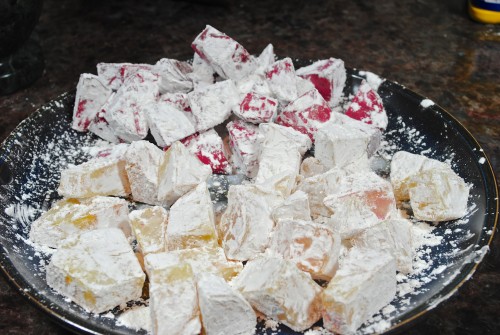 Toss the cooled beets in cornstarch. 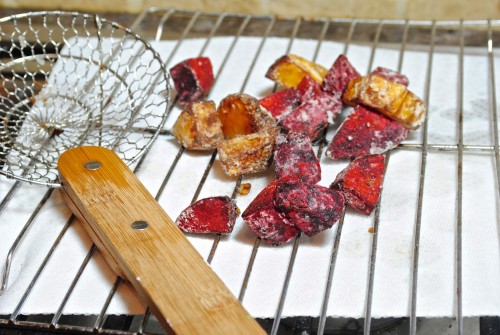 Fry until crisp and remove to draining rack. 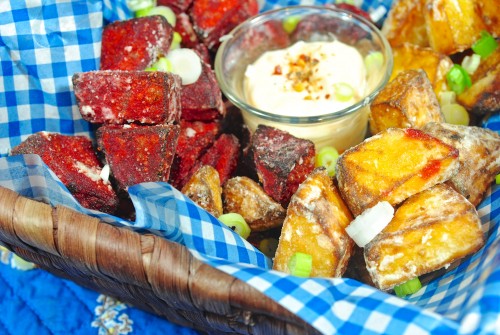 RECIPE UPDATED 12/14 — East Side King’s recipe was posted on Food Network so I changed to their recipe. I tried it on my own and their recipe also has vinegar in it so that could possibly add something to the flavor that I had not added. I’m giving you 1/2 of their recipe ingredients.

(adapted from East Side King's recipe)

If you don't have Japanese mayonnaise then take about a cup of mayonnaise and add 1 tablespoon rice wine vinegar, 1 teaspoon sugar, 1/2 teaspoon Sriracha sauce and 1 teaspoon dijon mustard.

If you want to try and make the spice, here is what I did the first time - For the schichimi togarashi I looked up the ingredients and had almost all of them and simply put them in my motar and pestle and ground them. I had the ginger, sesame seeds, schezuan peppercorn, crushed red pepper and used just those spices (about 1/2 tsp. each). I used about 1/2 teaspoon of this mixture in the mayonnaise and then sprinkled some on top of the mayonnaise. 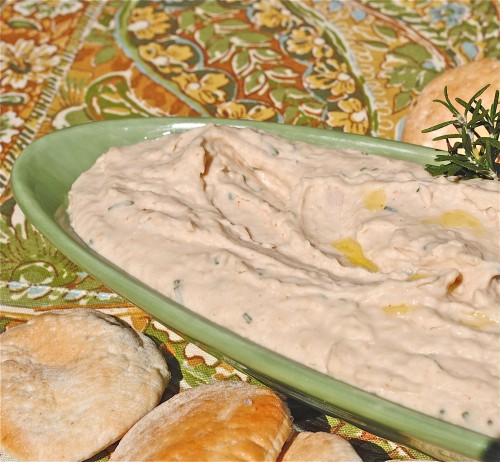 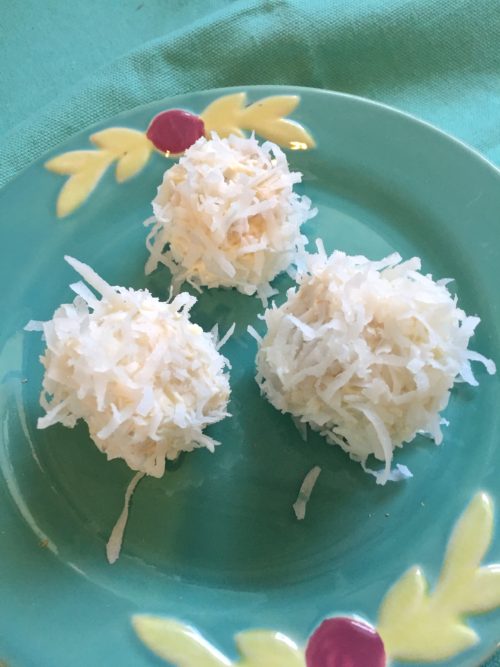 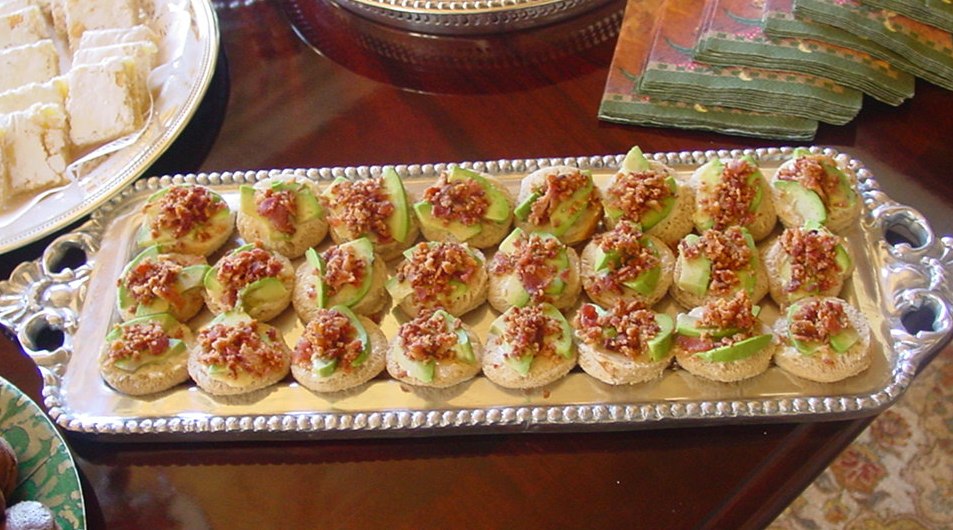