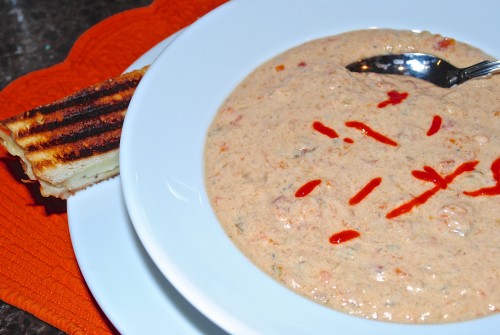 Winter’s over but not for this soup recipe.

I did a lot of soups over the winter months. Someone asked me one day back in February if I was enjoying the weather. It was 70°. I said “no, it’s winter”. Now, that Spring is officially here and the temperatures have started to get into the 70°-80°’s, I’m in hog heaven. But when the calendar says winter, it’s suppose to be cold. Let it get to 50° here and that’s cold enough. Something about the humidity I guess makes 50° seem like 30°. In the winter I want there to be a chill in the house that makes me want to snuggle up with a blanket and watch a good movie, and when I go outside I want to have to put a jacket or coat on and I want to have a pot of hot tea in the morning to warm me up not a glass of ice water to cool me down. When it’s Spring time I want to be able to smell fresh cut grass and the smell of a rainy day. This soup is good on a cold winter day or any other day for that fact.

One day after running around most of the day doing water aerobics (doesn’t that sound fun 🙂 — good for the knees though) and doing a bunch of other errands I decided to take it easy for dinner and make another pot of soup.

If I feel a craving for soup I just can’t pay attention to the weather; I might even have to turn the heat or air down to make it a little chilly inside so the soup taste nice and warm going down. Maybe I should start trying more chilled soups to make for the summer months.

I first tasted this recipe at bunco. The recipe came from 365 Days of Slow Cooking and is a slow cooker recipe.  I made this the first time in Chicago several weeks ago and everyone loved it (did in slow cooker all day). I doubled the recipe. I made it again over Easter weekend and loved it just as much.  I made mine the second time in my large Le Creuset pot and cooked it 5-6 hours on lowest setting.
There is one part of the recipe I wanted to experiment with. The recipe calls for a roux that you make at the end of the cooking time. It has 1/2 cup butter and 1/2 cup flour. I really don’t think it needs that since it doesn’t really add much taste. I want to try pureeing a couple cups of the soup and adding it back in at the end with the Half & Half cream instead of using the roux.  For the one I made over Easter I used half the amount of butter and flour for the roux to see how that would work and it turned out just fine. So if you want to reduce the flour and butter by half you will still get good results. I did puree a few cups of soup but didn’t see much difference in thickness. If the soup is too thick for you either add more cream or more chicken broth.
Most tomato basil soups are pureed and bright red in color. This one has texture since the vegetables are minced. I think the finer you can get them the better. The first time I tried hand chopping and it seemed to take forever. The second time I used my food processor and had the job done in a few minutes. 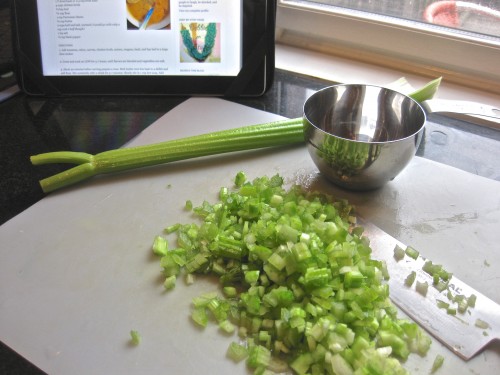 I tried to finely mince the celery and other vegetables by hand the first time I made this in Chicago. My second attempt I thew the vegetables in the food processor and it took a few seconds. 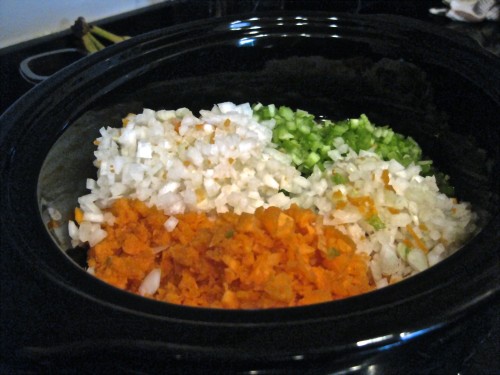 I tried using my daughter-in-law’s “magic bullet” and didn’t realize it was meant for smoothies and almost turned my carrots into a drink.

If you want a little bit redder tomato soup stir in a tablespoon or two of tomato paste. I garnished the top of my soup with Sriracha hot chili sauce.
Print

*Note:  If you want to cut the butter and flour in half it still turns out delicious. I really think you could omit this step. 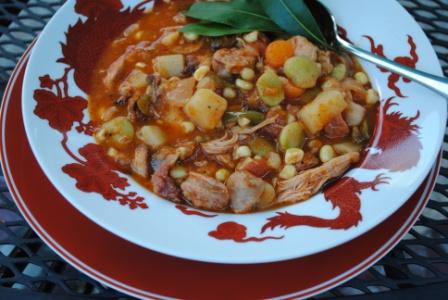 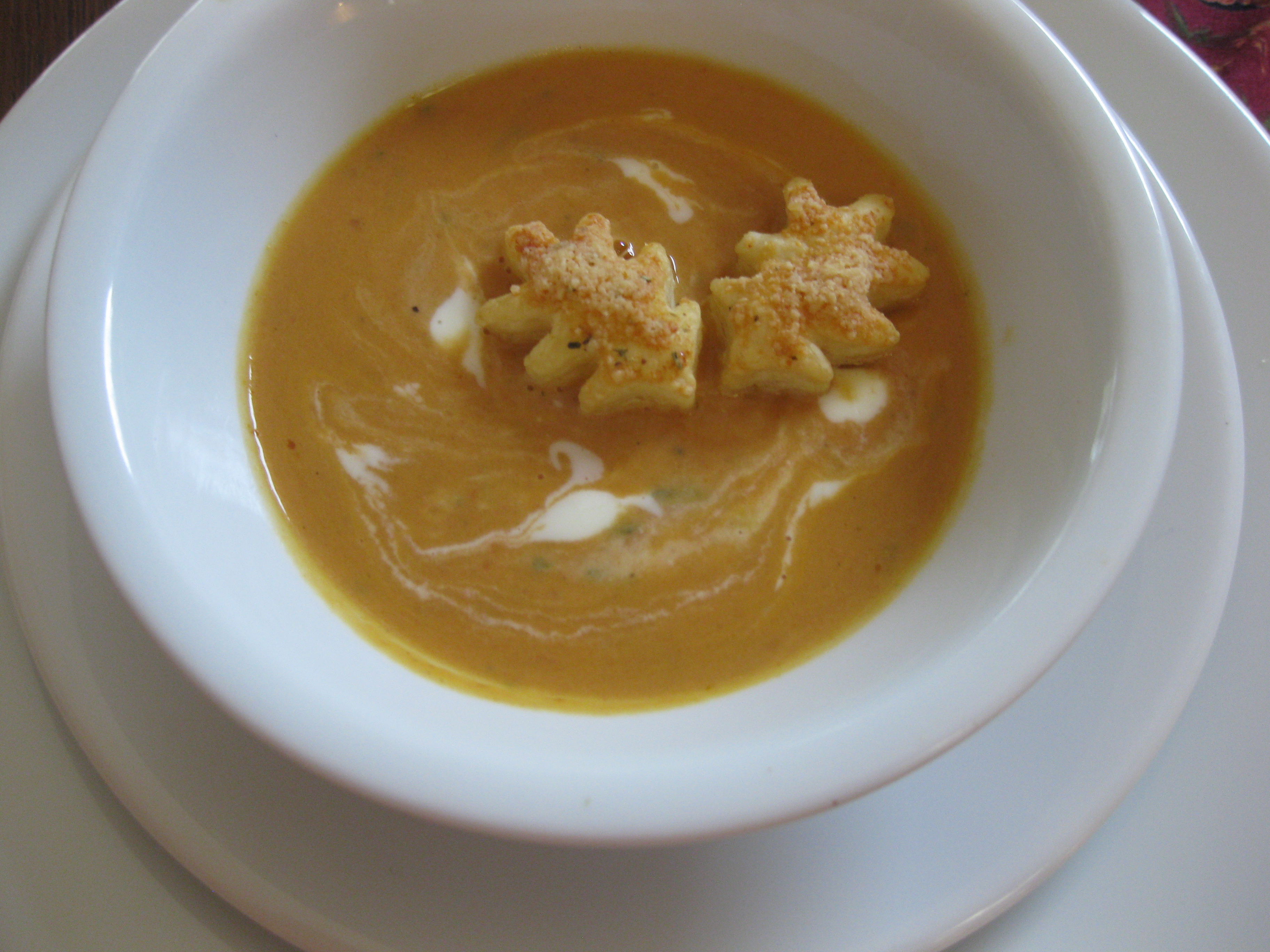 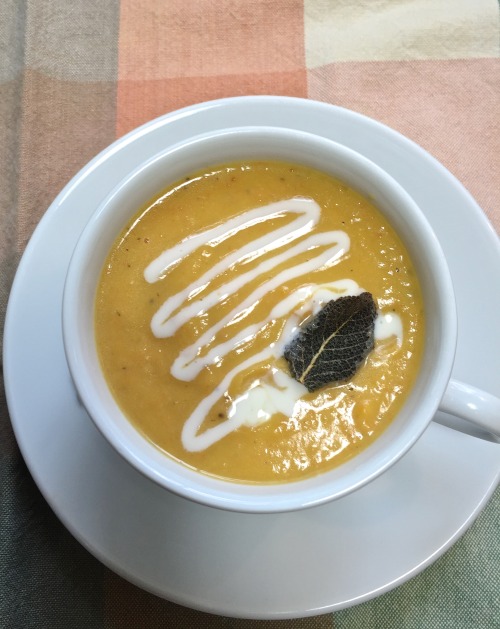