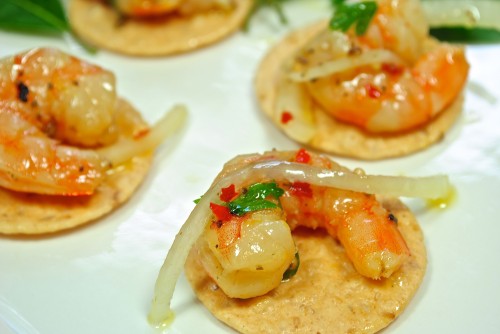 Another recipe for a jar.

Have you ever been in a pickle for something to put out at a party or what to take to someones’s house when they say bring one of your favorite appetizers. Are you always looking for something other than a piece of cheese to put on a cracker like I am.

Have you had pickle thoughts, or looked at someone with a sour face and thought he must have been weaned on a pickle, or ever thought pickles are cucumbers that sold out because they were tired of laying around with nothing else to do. Or, if you are like me, I want to find some other things to pickle than that long green cucumber that makes the most yummy cucumber spread for sandwiches. Why ruin it pickling it.

Over the years I have pickled okra, yellow squash, beets, cucumbers, pickled vegetables and even slaw but I have never pickled a shrimp before so I’m really hoping this is going to become a favorite — a little recipe you can throw together in the morning, put it in some cute jars, buy some fancy crackers and pack it up and take it to a party and sit back and watch everyone enjoy themselves.

As usual I started looking at one recipe and ended up with three recipes with what I thought were pretty interesting spices for the shrimp so they all merged into this Pickled Shrimp in a Jar.

We we out on the lake recently with some friends who have a pontoon boat.  We always go out around 5:00 in the evening, find a little cove, throw out some noodles and get in the water and float for an hour or so all the time sipping on some wine or beer. We all always bring food to eat and my husband had made a smoked brisket and we had a wonderful corn dish and some yummy ramen slaw. I had made this jar of shrimp early in the day and we pulled it out for a nice little appetizer to snack on while Hub sliced up the brisket. It was great.

When I got home I had some remaining shrimp and oil mixture so I decided to add some lemon zest and lemon juice to it and I also added a couple more teaspoons of tarragon vinegar. (I changed the below recipe to add these items.) 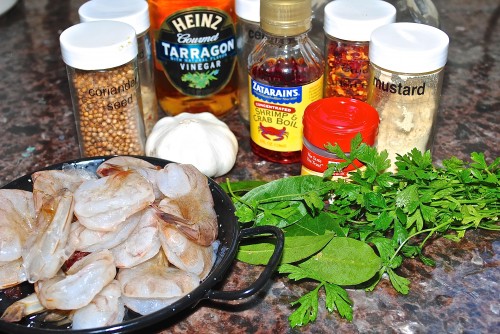 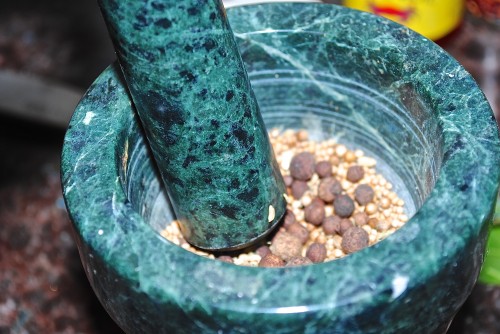 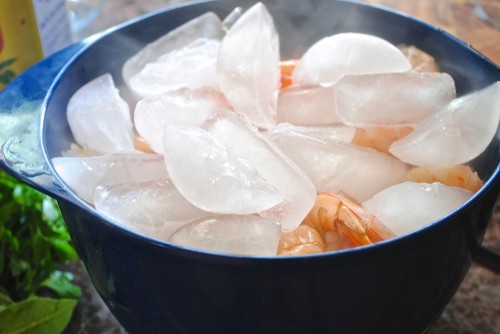 After boiling the shrimp, drain and put in ice water to cool down. 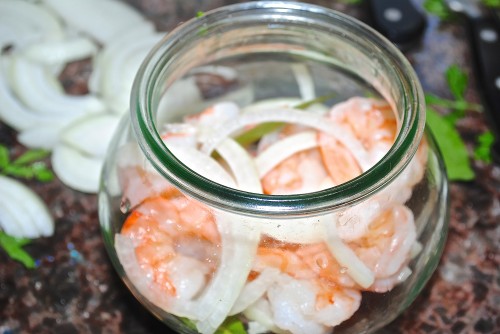 Layer the onions, shrimp and bay leaves in the jar.  This is one of my Weck jars. I love them. They have glass lids with metal clamps that hold the tops on. 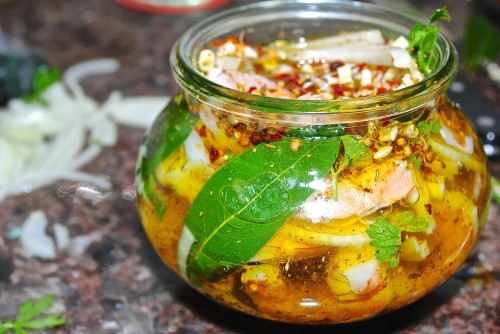 This small jar held over 30 shrimp. The next day I used the remainder of my shrimp and pack into a quart Mason jar. 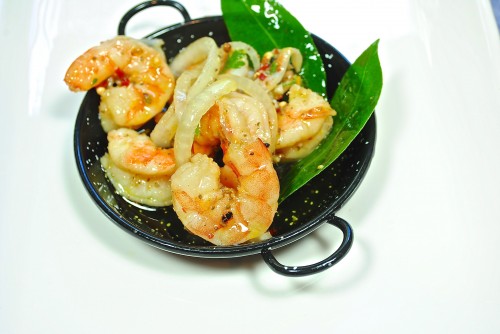 These can be served from the jar or poured into a large bowl or plated individually like I did in one of my tiny paella pans I brought back from Spain. 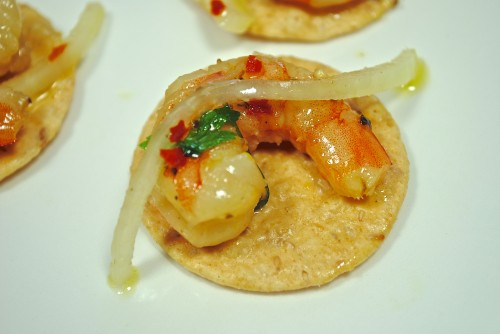 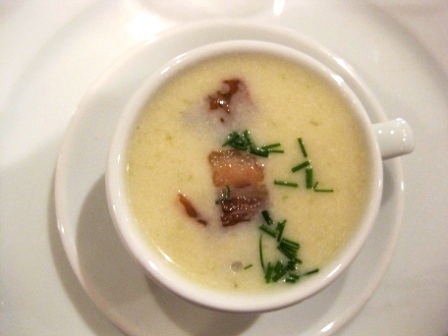 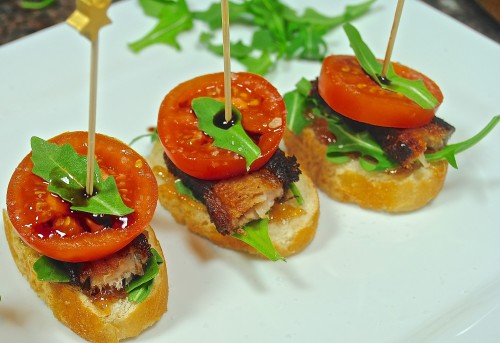 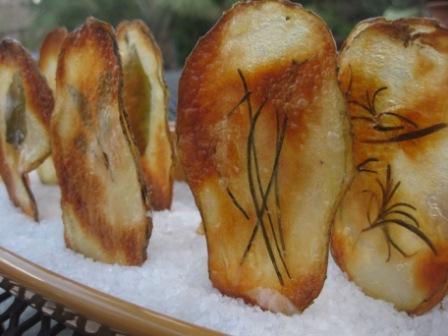