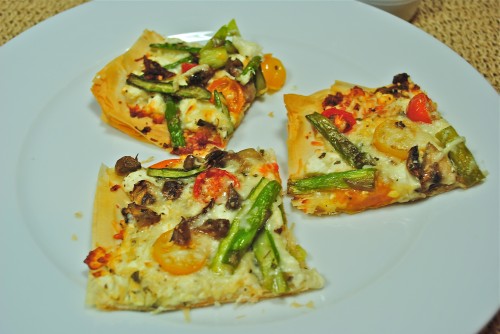 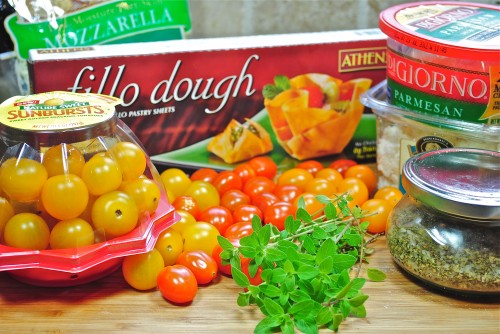 What simple ingredients for such a delicious pizza. 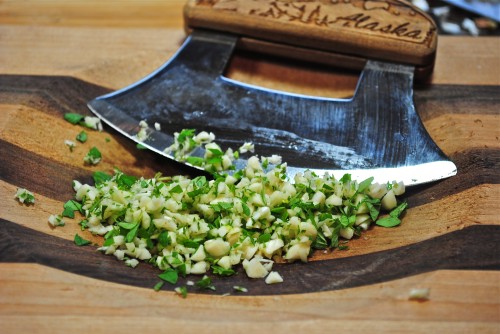 Chop the garlic and oregano together. 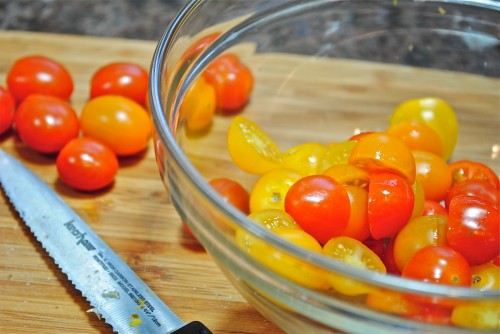 Cut tomatoes in half. I put them cut side down on some paper towels to drain for a few minutes. 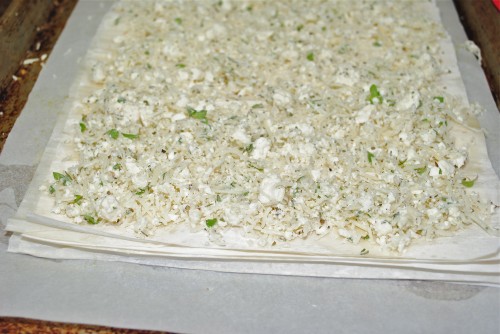 Stack 6-8 sheets of phyllo dough, spraying with either olive oil or vegetable oil spray between each layer. If you want, you can sprinkle a little parmesan between each layer. I would not salt any of the ingredients. My second try on the pizza I got it a little too salty. Not sure if it was the additional parmesan cheese or if I salted the top. 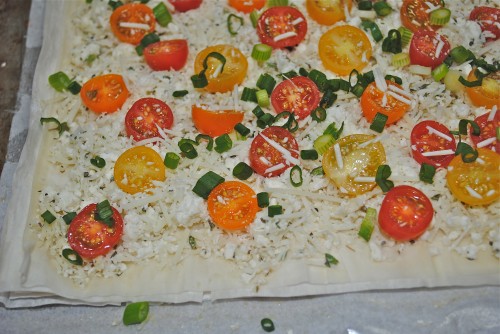 Top with tomatoes, cut side up and sprinkle with green onions (or anything other ingredients). 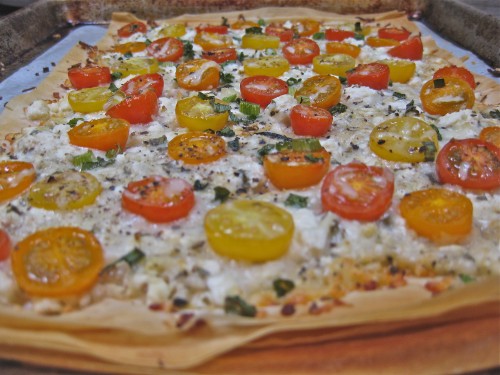 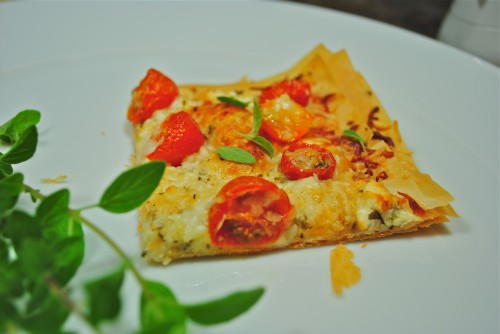 I had some leftover asparagus and mushrooms from my Asparagus and Mushroom tart so I added them to half of the tomato pizza.  Good decision. 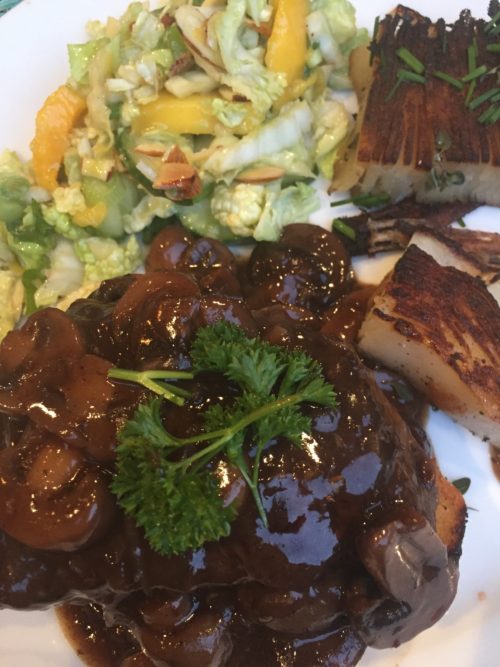 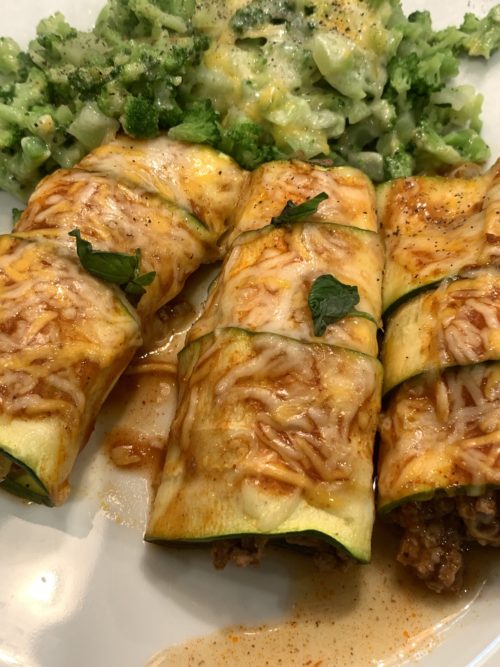 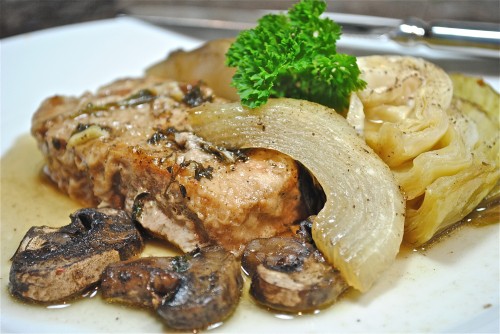