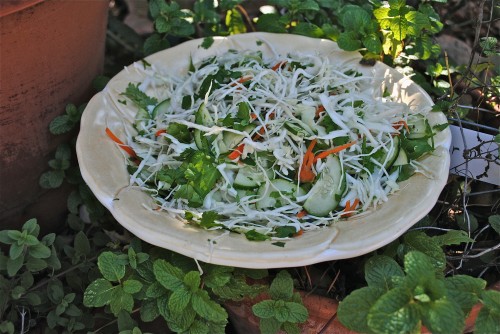 Some other ingredients you might want to try adding to your “slaw” recipes would be almonds, apples, grated carrots, pimento peppers, toasted ramen noodles, and raisins just to name a few. This recipe for Cilantro Slaw has sliced cucumbers as an added ingredient. As far as dressing for different types of slaw, you can use a simple mayonnaise or mustard or oil and vinegar type dressings.  My advice on adding nuts is to toast them and add right before serving. Also, this particular recipe calls to put the dressing on early and refrigerator. When I make this again, I will make the dressing early and refrigerate and add all the cilantro to the slaw, BUT, I will dress the salad right before serving.  I like my cabbage slaw on the crunchy side and when it sits dressed in the refrigerator it gets a little soft.

I recently post a Rainbow Slaw with Roasted Pumpkin Seeds which is very colorful and delicious. I served this Cilantro Slaw with some Dilled Salmon and sauteed spinach. 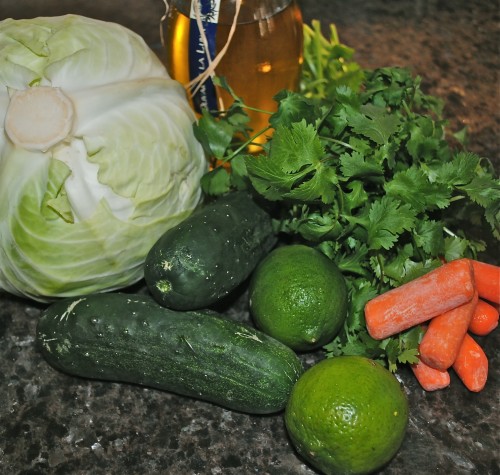 I like using the pickling type cucumbers in most of my salads. 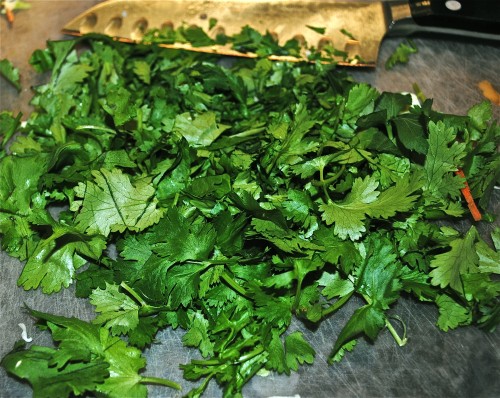 Don’t you just love cilantro. I think it is one of those things that you just can’t get too much. 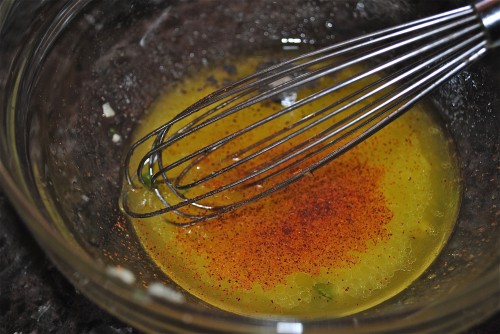 The dash of cayenne pepper adds just the right zing to the slaw. 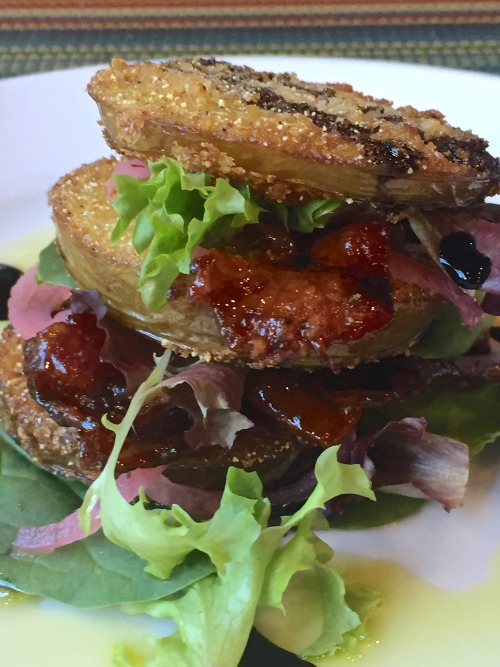 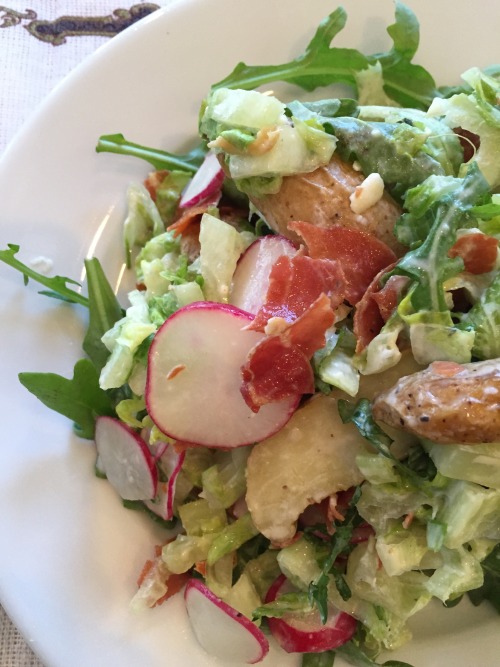 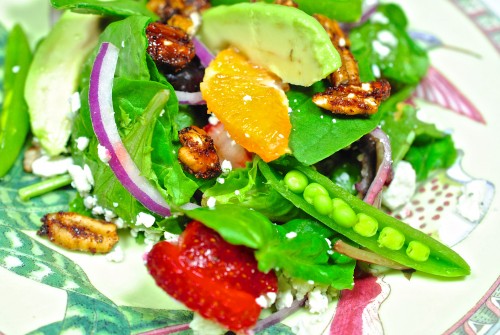