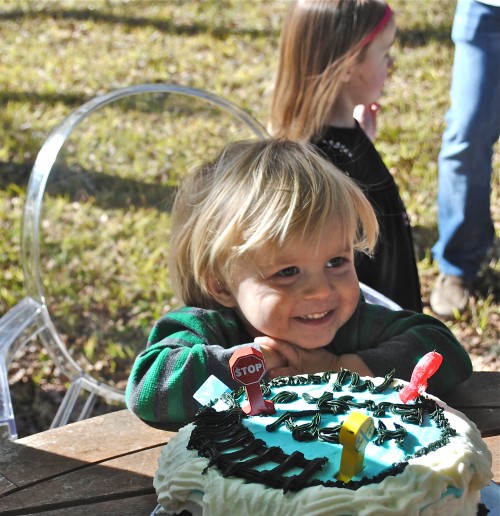 How sagging frosting became the hit of the party.

Most people would have been in tears when they opened their refrigerator and saw all the frosting drooping off the sides of their cake. BUT, not me.

My son Paul was making a Thomas the Train birthday cake for my grandson’s 2nd birthday. It was a beautiful 3 layer perfectly level chiffon cake and I have to say it was totally my fault the French buttercream did not turn out. I miscalculated the butter; 24 oz. is NOT 3 sticks of butter, but 6.

So, here’s what happened. When we saw the cake sagging. I laughed and said “this looks like a train wreck”. Since little Milo loves the part of Thomas The Train when the train wrecks, my son took his black frosting and besides the Happy Birthday, he made a train track and had it continue off the side of the cake. And then we used some of the Thomas the Train car pieces and stuck them in the side and bottom of the cake like they had just driven off the side of the cake. I have to say it was ingenious and saved the day. 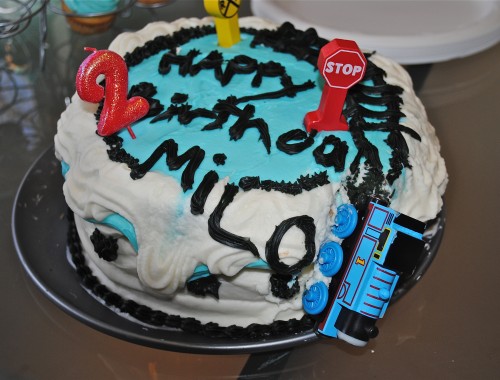 Milo looks happy with his cake even though the train de-railed. 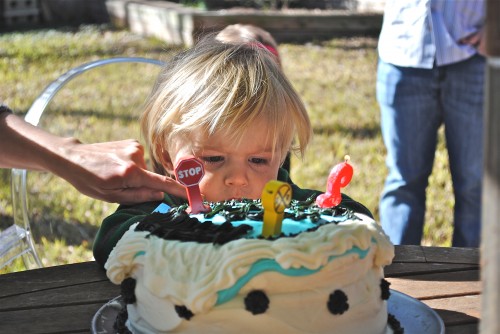 Looks like mom might be explaining that Thomas fell off the cake. Oh, whatever, it still tasted wonderful. 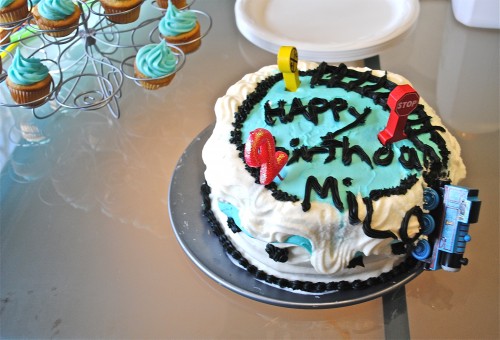 I definitely owned up to my mistake and the kids and adults all loved the cake and cupcakes.

Moral of the story — don’t let minor derailments spoil the party. After all, kids just want something sweet, they don’t care what it looks like. 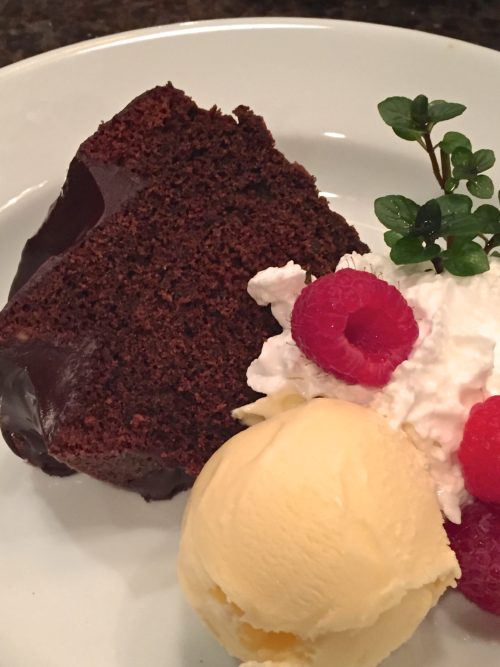 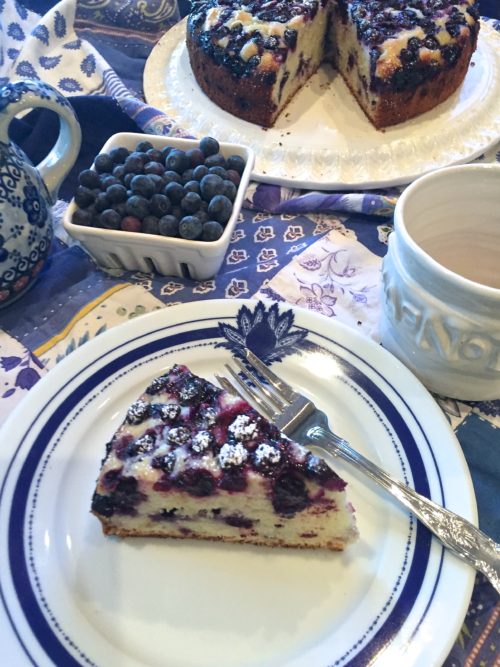 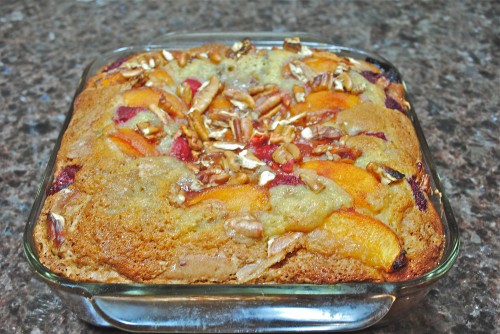