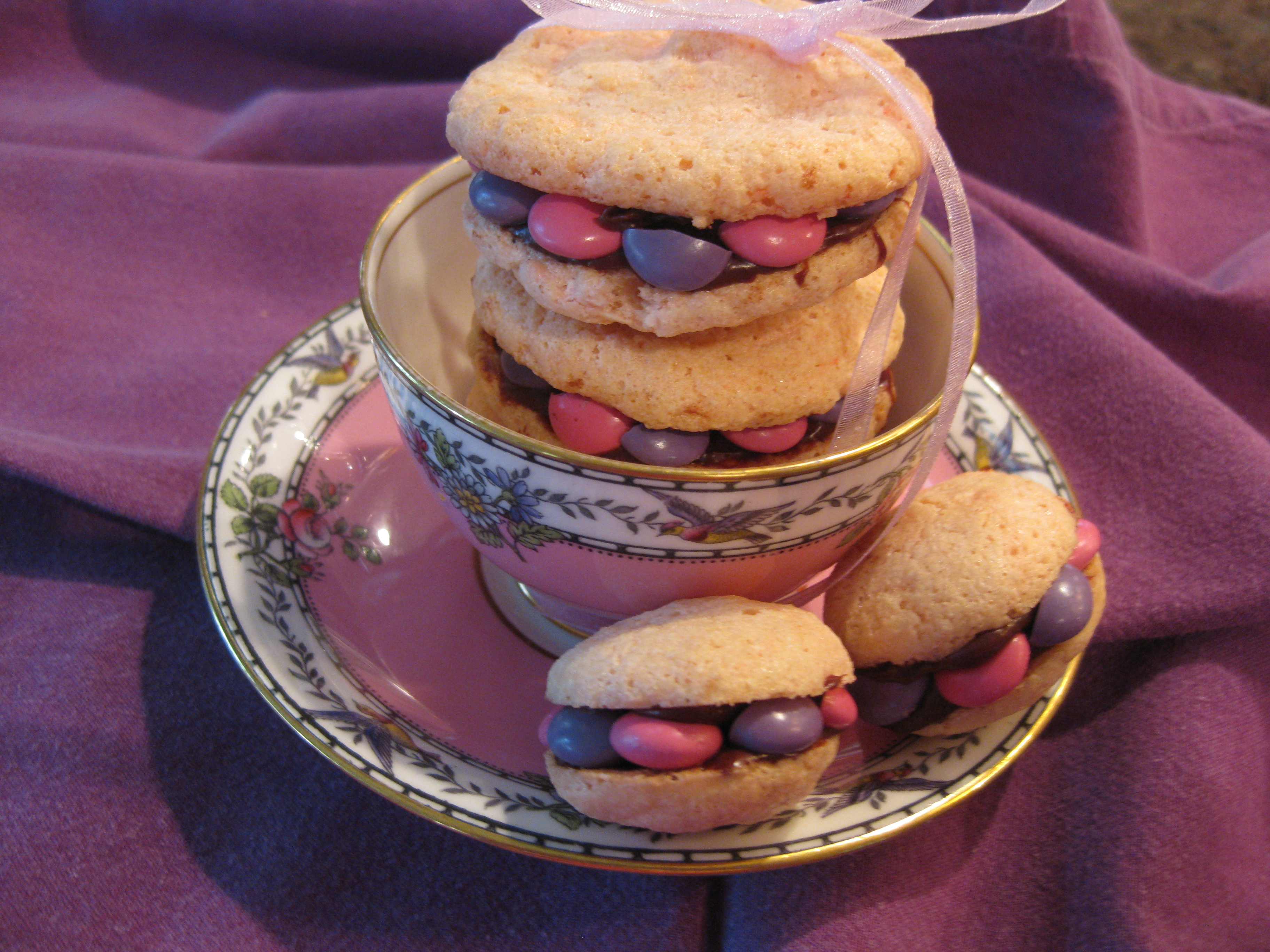 This is my first attempt at making French Style Macarons — will I make them again?

I call these M&M Macarons for two reasons. First they are decorated with these beautiful pink and purple M&M’s and the second is they are marvelousssss…

I have started participating in The Daring Kitchen baking challenges. I think this will be a lot of fun and will push me to try things I’ve never baked before. Once a month someone sponsors a challenge. Everyone is given the same recipe and you have a month to make it and post it to your blog. After catering for 20 years and being married for 40 years I can’t believe I have never made French Style Macarons so this is going to be an attempt to go out of my comfort zone. Whether it fails or succeeds, the results are posted here.

I was in NYC in September on our anniversary trip with some friends who were also celebrating their 25th anniversary. Our last night’s dinner was at Gramercy Tavern and one of the amuse bouche desserts (we had 4) we were served were tiny little raspberry French Macarons. They were fabulous. So, I guess after this challenge I will know if am a failure or not at making Macarons.

Three days before I’m suppose to be making these, I have my egg whites sitting at room temperature. From everything I have read on macaron tips aging of the whites is really suppose to make a difference in the finished product.

Here I’m sitting at the computer, knots in my stomach trying to get up enough nerve to start these cookies. Oh, how I want them to turn out the first time. I don’t deal very well with failures. I’m keeping my fingers crossed. (I ended up making four batches.)

I put it off a little longer, decided to go work out and get rid of some of the anxiety that is building in this challenge.  And, I thought I was fearless 🙂 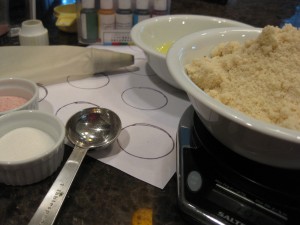 Here are all my ingredients. I measured everything in grams hope for good results. 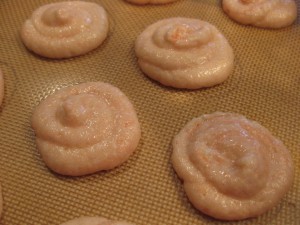 I think they look too swirly. (I am definitely making 2 more batches to see if I can get them right) I don’t like the peaks. They turned out too dry looking on top, weren’t domed at all. I will try two more times and will show results at end of this post. 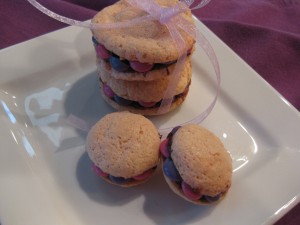 Now here are my other attempts and tips and things I have learned from this challenge. 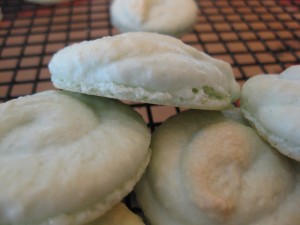 We have “feet”. See that little separation at the bottom, the way it sticks out. That is called feet. BUT. See the swirl pattern and how it got too brown.  I don’t like the looks of these. So, on the the last batch.

I decided to add some cocoa to the almond meal this time for chocolate and I added a little espresso powder to the chocolate granache I had left over from the M&M ones. 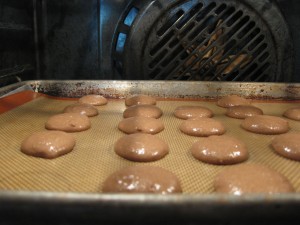 In the oven and they are looking smooth. 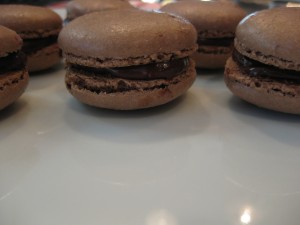 See those feet. I’m so proud of these. I may actually try them again sometime. 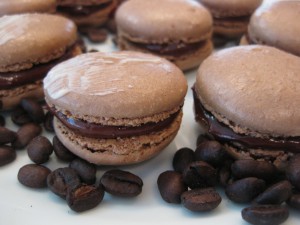 Now, what I have learned.  First, I watched a few YouTube videos on making macarons. Two were in French and my husband came in from golfing while I was watching them and said “when did you learn to speak French”. I couldn’t understand a word they were saying but I wanted to see their technique.

1. I was piping all wrong. I was piping in a spiral pattern like when I make choux puffs. Wrong. The videos show just putting the tip down and pushing out a round circle and if you have a little tip, the person just kind of flicked it over the top.

2. I didn’t like the first method of baking at 200 for 5 minutes then raising it to 375°. I think that is why the green ones got too brown on top. The chocolate batch were baked at 300° for 20 minutes then out of the oven. There is a method that starts our at 400°(+) degrees from the beginning and then you lower it after 5 minutes and then lower it again after so many minutes.

5. I would never make mine over 1″. I used a sheet of paper and traced 1″ circles on it and slid that under the silpat (or parchment) and that gave you a pattern to pipe into.

6. Next time I would definitely sift my ingredients (I don’t have a sifter). I tried using the food processor like some of the sites suggested and I don’t think it got fine enough.

7. I’m also going to try letting them air dry an hour or so before baking. Several sites recommend that technique.

Glad this challenge is over. I don’t think I will be so nervous about trying the next one. 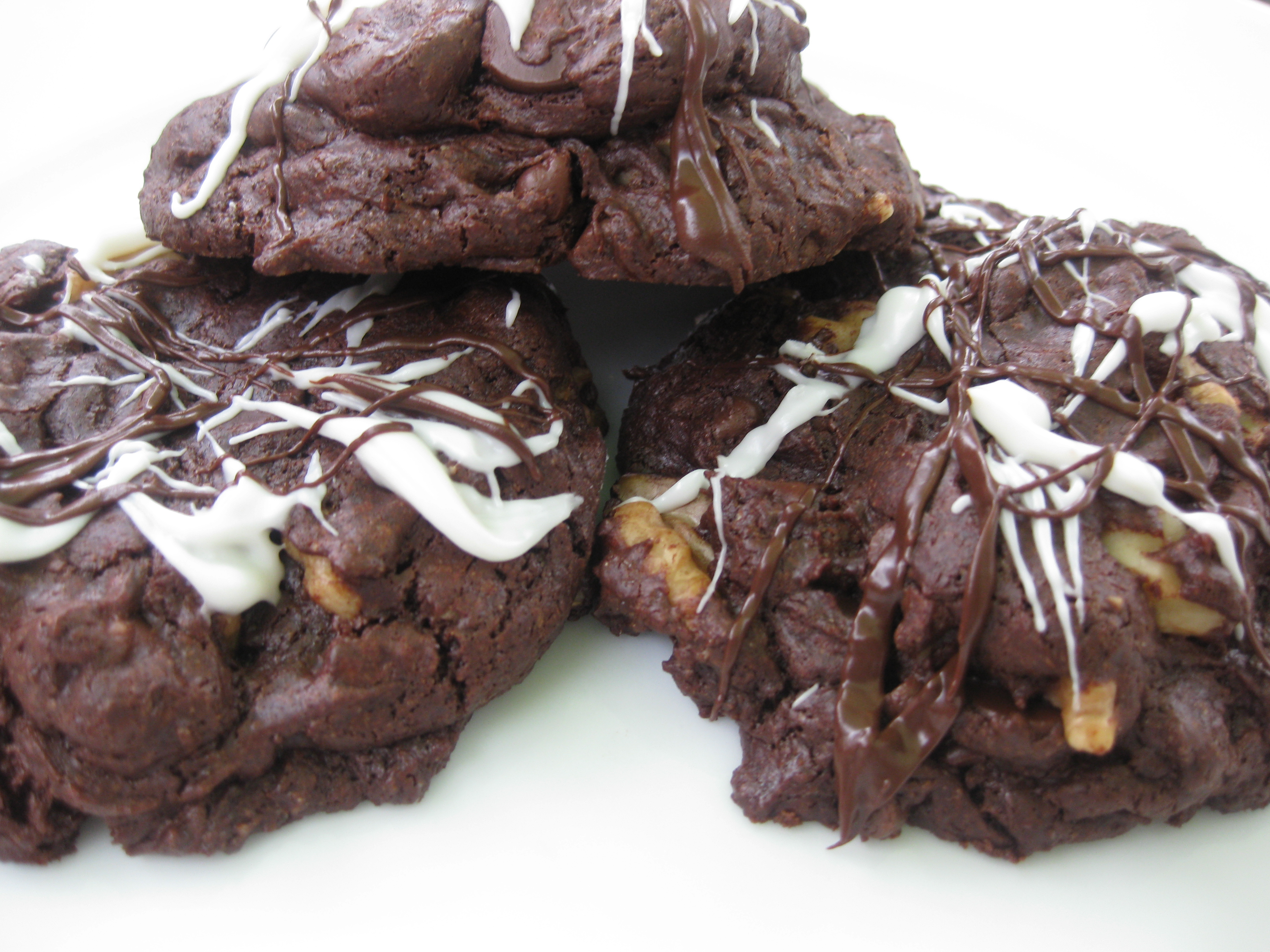 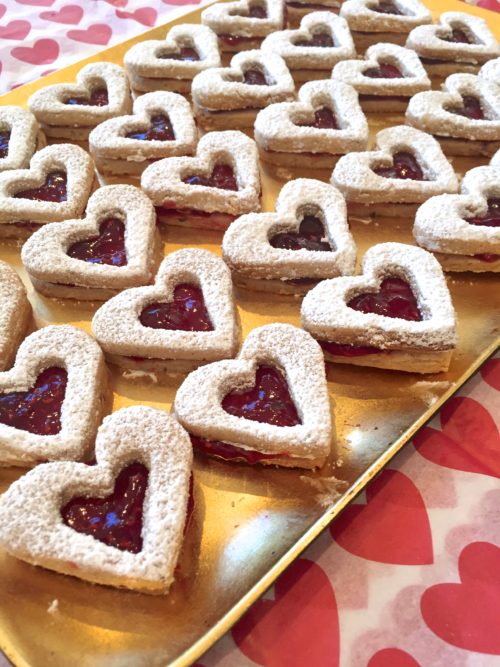 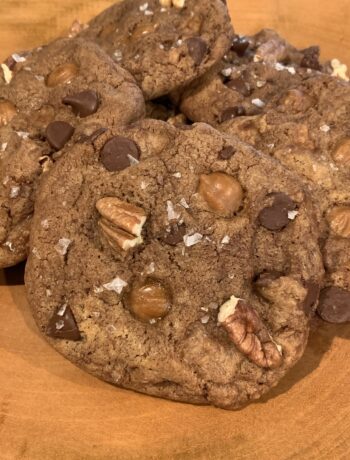