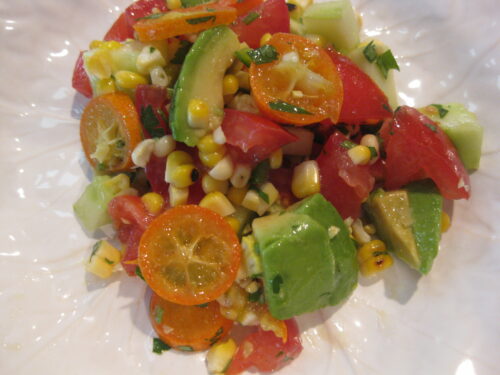 There are so many summer vegetables out now, it would be a crime not to try something different with all those wonderful things you may be picking up at your farmer’s markets in your area.

Kumquat, corn, avocado and a few other things makes this a great summer salad to serve with your steak which I am making tonight for my daughter along with a chimichurri sauce.

I teach technique classes at Williams Sonoma and earlier in the week I saw that I was suppose to make a roasted corn salad that tomatoes and feta. As usual, I started thinking of ways I was going to tweak this and I have made my version twice this week.

I love making salads in the summer when I can throw a bunch of things together, give it a squeeze of lime and a drizzle of a very good olive oil and call it “done”.

I’ve become spoiled to good olive oils and finishing salts since working at Williams Sonoma. I’m always picking up good deals on some very good oils and I love using finishing salts because it adds a crunch to whatever you put it on.

I started with a corn and avocado salad recipe I have had in my “try” list on my computer cookbook and decided to add a few things to the recipe. 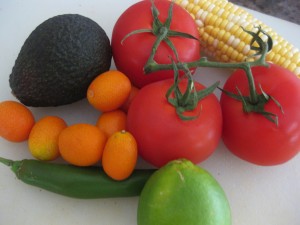 I think some cucumber and Serrano chilies will be good and also a little cilantro and shallot. Wonder what sliced kumquats will taste like. I slice up these little kumquats all the time to put in green salads but have never tried them in with vegetable type salads. 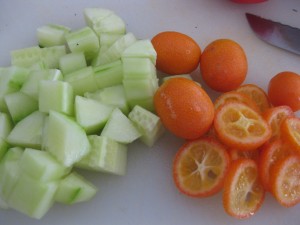 I think all these flavors are going to blend well together. 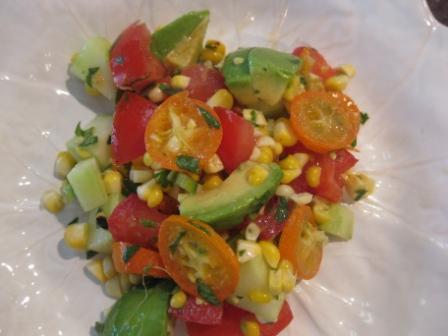 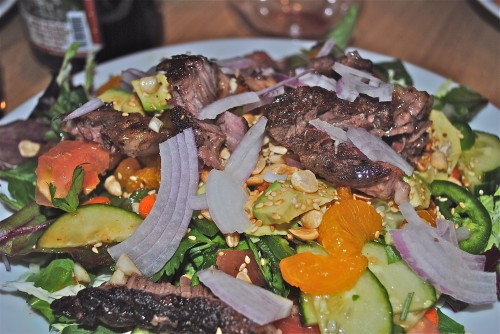 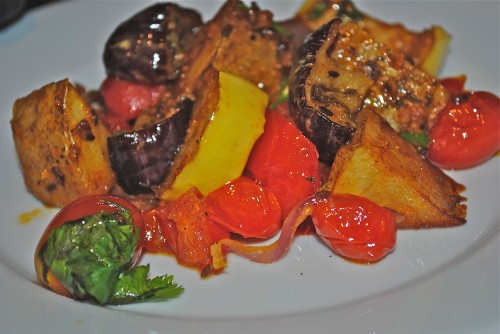 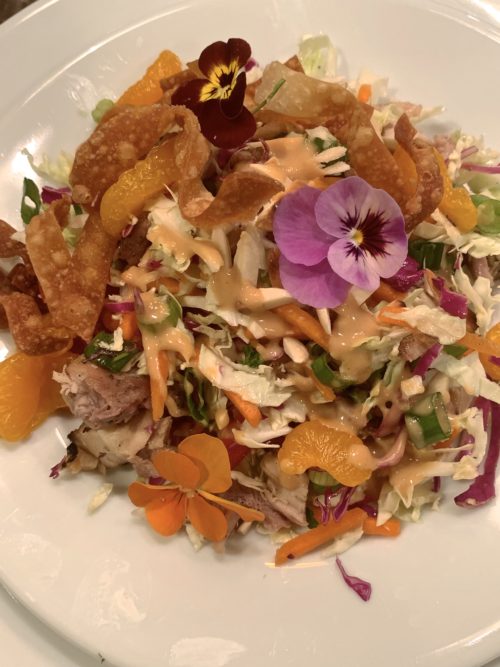